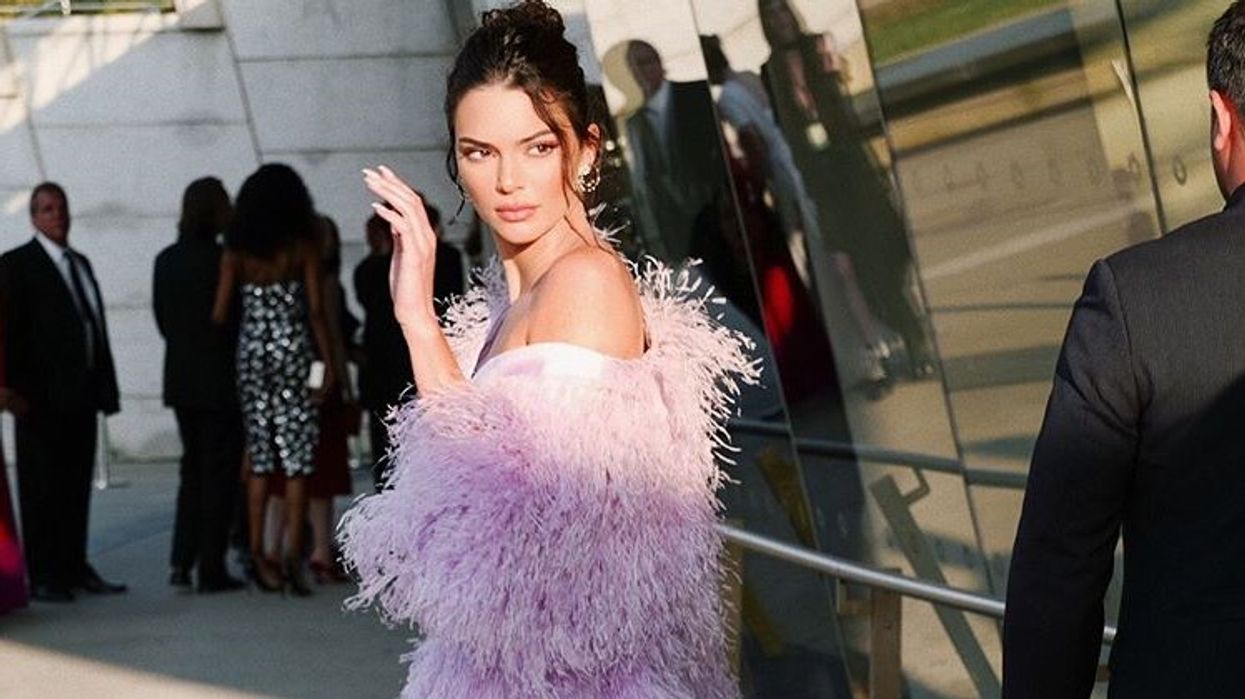 It seems that Kendall Jenner and Ben Simmons may not be exclusive after all! Early this morning, at the CFDA Awards after party, Jenner was spotted locking lips with someone who definitely isn't Simmons!

The photo is a bit blurry, so people are obviously speculating, but Jenner shared a pretty telling photo of Hadid's hand tattoos on her IG story last night!

Eyewitnesses at the event told TMZ that Jenner and Hadid were hanging out, kissing, cuddling, and drinking at at Socialista in New York for approximately 2 hours! Jenner returned to her own hotel around 4 A.M., but Anwar Hadid was nowhere in sight.

This definitely comes as a shock, as Jenner has been seen with her rumoured boyfriend Simmons a lot lately, and had even just went for a bike ride the day before in L.A.

About two years ago, Jenner shared the photo of her and Anwar on Instagram with the caption "dibs?". This was in 2016, when Jenner was 20 and Hadid was just 17, so maybe she was waiting for him to reach 18 before making her move?

Whatever the case may be, it'll sure be interesting to see how all of the drama plays out!