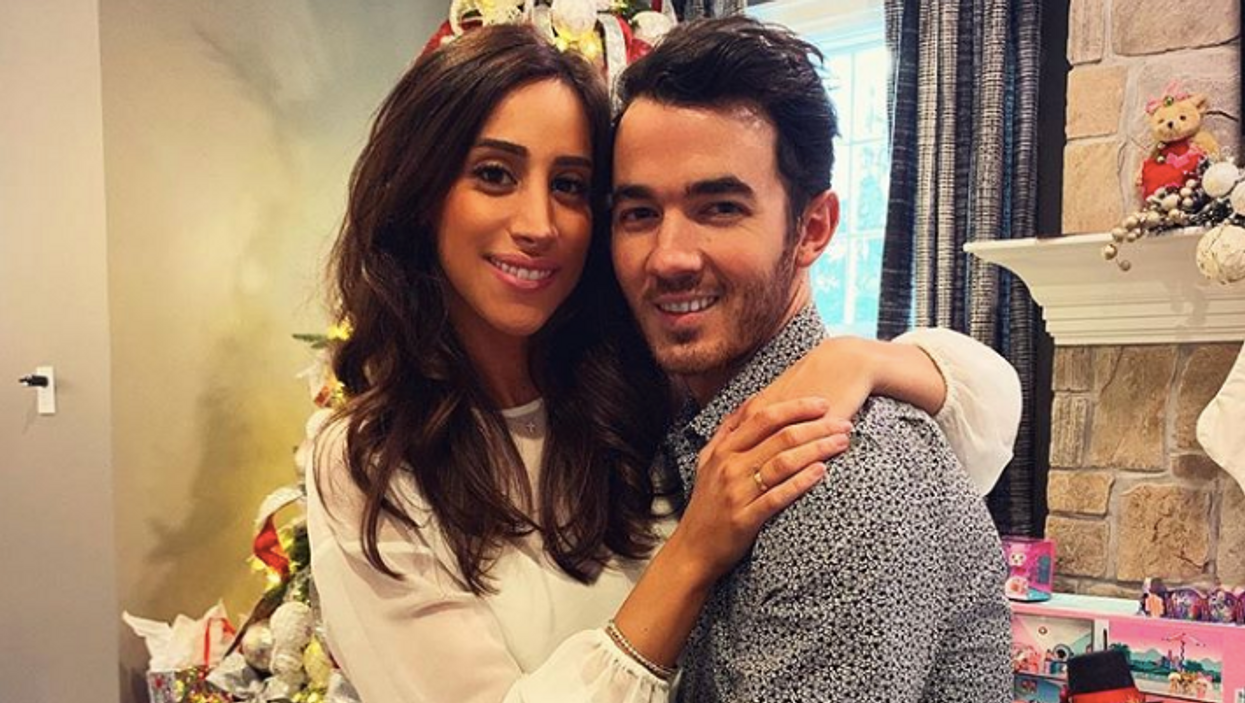 If you keep up with the Jonas Brothers, then you may know that they bring their ride or dies, aka their wives and fiances, pretty much everywhere with them. Nick Jonas and Priyanka Chopra are always attached at the hip, Joe Jonas and Sophie Turner are a true power couple, but fans also noticed that Kevin Jonas's wife is pretty much never around. Kevin Jonas just revealed why wife Danielle Jonas is always left out.

Last week, the whole Jonas clan minus Danielle were partying it up in Miami as the Jonas Brothers were filming their next music video. Fans noticed that Danielle was missing and ripped apart Priyanka and Sophie for 'always leaving her out'. Well, Kevin Jonas is coming to her rescue.

In an Instagram post a couple of days ago, Kevin put up a tribute post to his wife and thanked her for 'always putting herself second'. The reason? Well, maybe you're unaware, but Kevin and Danielle actually have two daughters, so someone has to stay home with them. You can view the post below: The caption of this photo reads, "Just want to say thank you to @daniellejonas for being such an amazing mother. Always putting your self second to the well-being of our girls. I know how hard it is to not be in the same place all the time but just wanted to say thank you for supporting me and loving me through it all. I missed you tonight so much. Be home soon baby." So. Cute. And Danielle's response was even cuter, which you can view below:

Now this is a couple we should be shipping. Whether or not Priyanka and Sophie do leave out Danielle, it seems like she'd rather be at home anyways. Wouldn't you?!