The treat is limited edition so you have to act fast! 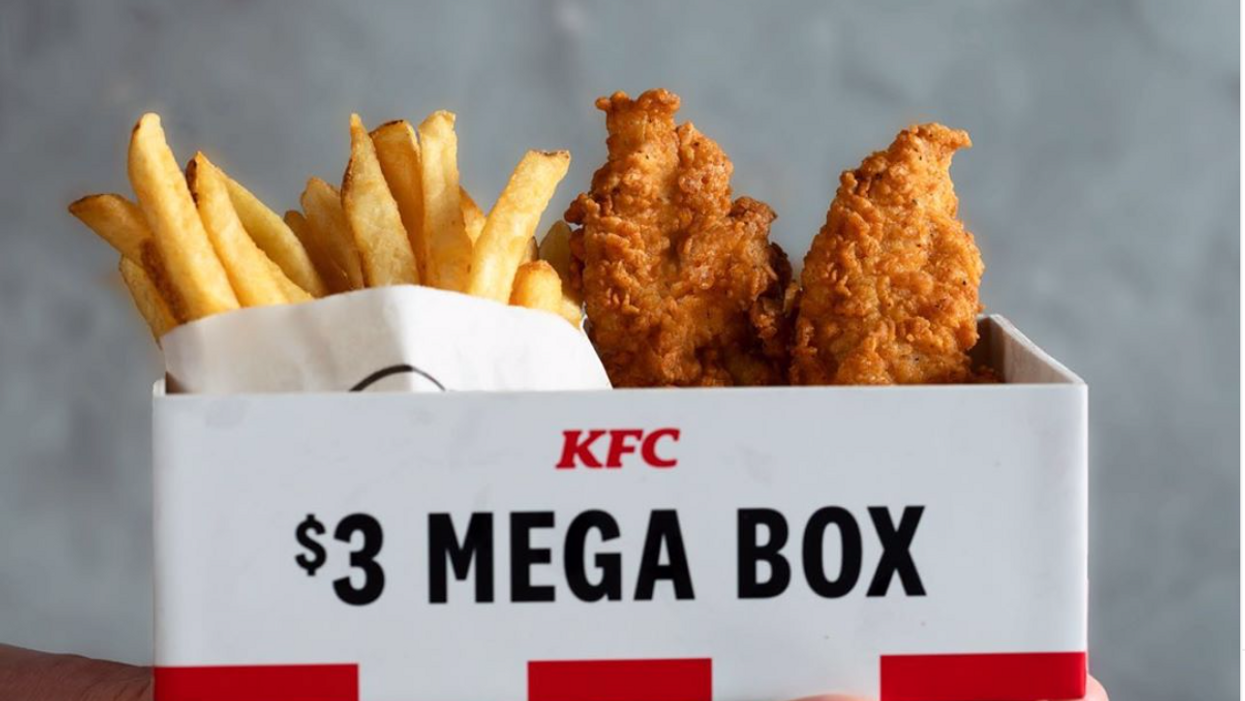 Chicken lovers across Canada, rejoice! KFC Canada has announced a new chicken-box deal that is so good, it cannot be missed. Not to be outdone by other fast-food competition, KFC Canada’s Mega Box is a limited edition, crispy-fried treat that's money-friendly and saving-safe, coming in at just $3!

The killer deal, which was announced on Wednesday on the official KFC Canada Instagram, is called the ‘Mega Box’. The promotion features two large, chunky, deep-fried and delicious chicken tenders, and a portion of fries, for just $3.

As is the case with most tasty deals, the promotion is limited edition and won’t be around for long. Although the Instagram post didn’t mention an end-date for the promotion, one source online said that the end date for the deal could be as early as this weekend!

The ‘Mega Box’ is available at various KFC locations across the country, and you can see if the promotion is valid at a store near you by using the restaurant location services on the KFC website. No coupon is required to claim the tasty meal, and the usual price for just three standalone tenders is $6.39 in Ontario, so this is a real bargain at more than half price, and with extra fries!

For those looking to add a 'Mega Box' to a bigger order, KFC Canada has plenty of delicious snacks to suit everybody. Their world-famous 'secret recipe' chicken comes in wings, drumsticks and tenders, and can be combined with a number of sides including mash potatoes, corn and fries!

If you’re planning a cheap,  cheat-day, crispy-chicken treat this weekend, head down to your nearest KFC restaurant to make use of the ‘Mega Box’ offer. The promotion is only available in selected restaurants and while supplies last!