This week on Keeping up with the Kardashians... 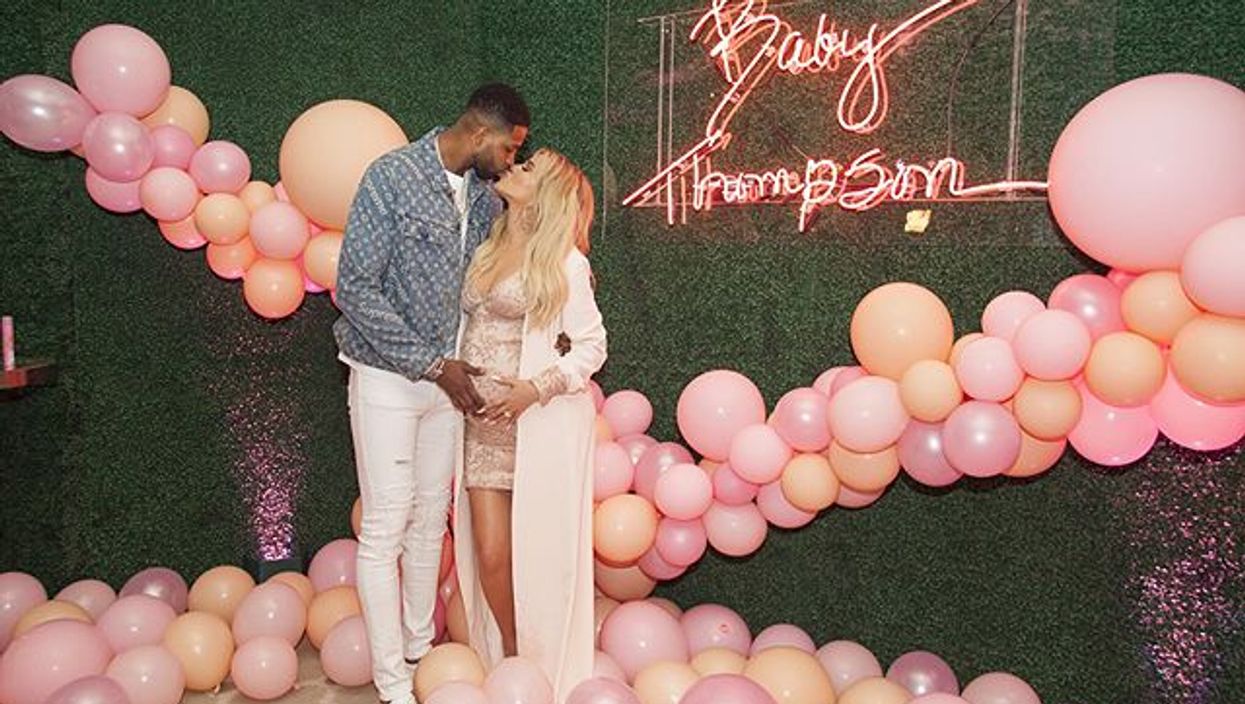 If you follow any of our favourite sisters on Instagram, you would know that yesterday was Kimye's 4th wedding anniversary. The couple shared some super romantic flashbacks to their glamorous day on Instagram, and everyone is super happy for them! Of course, the Kardashian family loves to show their support for one another, especially on social media! They're always sending one another sweet surprises on holidays, and collaborating on makeup lines!

In celebration of Kimye, one sister who's been in the spotlight quite a lot herself recently sent a super thoughtful anniversary gift to the couple!

Kim's little sister Khloe sent her a gorgeous flower arrangement, along with a super sweet card reading 'Happy Anniversary Kimye. Love always wins!! Love KoKo and True". This seems like an amazing gesture, until you realize that one person has been left out.

Just before the birth of their daughter True, Khloe's boyfriend Tristan Thompson was caught in a major cheating scandal, and ever since, the couple have been in and out of the tabloids stirring up major drama. Nobody really knows if they're together or not right now, but the lack of Thompson's name on the card throws some serious shade. Kim hasn't been shy in expressing her distaste for Thompson, and neither have Khloe's fans. It's entirely possible that Khloe may have left Thompson's name off the card to avoid drama with her sister, but it's also possible that she herself could be sick of the endless drama too! Only time will tell.