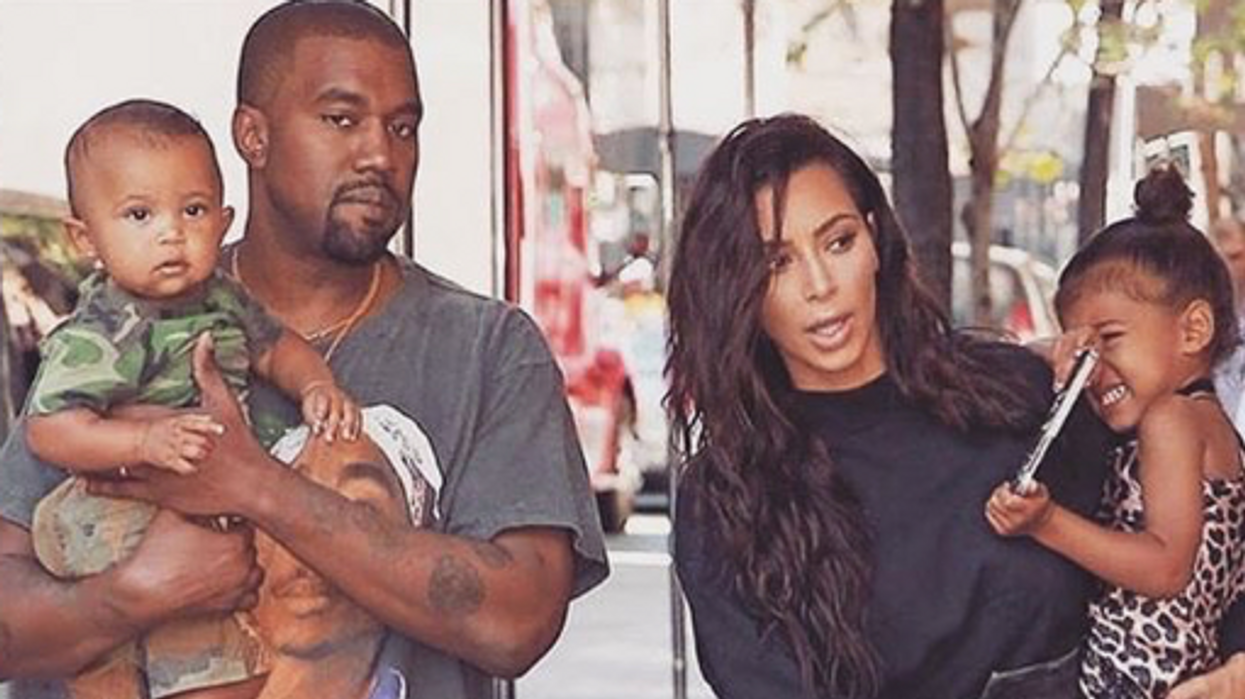 While news first broke out in July that Kimye had hired a surrogate, Kim Kardashian has come forward only recently in confirming that she and Kanye are indeed expecting with a casual clip from Keeping Up.

Anyone know who makes the best double stroller? Not a tiny compact one but regular size.

Recent photos have emerged of Kimye's surrogate that stirred up the public that when paired with this tweet from Kim made people believe she could be pregnant with twins.

Kimye's surrogate was seen out grabbing an iced coffee in Southern California looking bigger than the public expected. While Kim quickly denied that her surrogate was expecting twins, sources told Us Weekly that baby Kimye is due sooner than expected - which is perfect news for the couple.

Kim and Kanye are finally putting the finishing touches on their 20 million dollar Hidden Hills dream home in California after 3 years of work. The couple is set to move in to the lavish property, equipped with a vineyard and their own man-made lake, before the baby comes. Kimye's surrogate is expected to give birth before the end of the year, making it a very Merry Christmas for the Wests!

Sources also reveal that their surrogate will make appearances on Keeping Up "much later" in the series, as they're going to release footage after the baby is born. The famed reality show will also closely follow Khloe and Kylie's pregnancies as they develop.

These 11 Instagrammers — professional designers or not — provide all the inspo you'll ever need, whether you want a chic mid-century modern home or anything that helps make your 600 square foot apartment feel bigger.

"The best way to get people back and interested in travel is with a deal."

After a year of not travelling, many Canadians will be looking at flight prices in Canada right now and just waiting for the day they can hop on a plane again.

Swoop, for instance, is offering domestic flights for as low as $40. Meanwhile, an Air Canada flight from Vancouver to Toronto in October would only cost you $128 CAD (as of June 12).

The good news, according to travel expert Gilbert Ott, is that the prices will likely stay low for a while — at least for some flights.

Ott, who founded GodSaveThePoints.com, told Narcity in an interview that domestic flights could get more expensive once international travel is back. But long-haul flights outside of the country are "likely" to stay cheaper for the next little while.

"The best way to get people back and interested in travel is with a deal," Ott said. "And if they have a great experience they're likely to do it again."

Why are flight prices so low?

Ott said a variety of factors are at play. One of them is that less popular cities in Canada — like Yellowknife, for instance — are receiving more attention from airlines now that their customers can only travel domestically.

"And that means [there is] sales pressure to fill those seats that wouldn't typically be as robust as it is right now," Ott said. "So whenever airlines compete on the route, the customer tends to win."

But prices are also low for traditional destinations, like Montreal, Toronto and Vancouver. Again, Ott said there are simply more domestic flights with bigger planes to accommodate for new types of travellers.

"Now it's not just business travellers and families connecting with each other; it's people who want to get away," Ott said.

"You're seeing a lot more competition and bigger planes, which is again a win for consumers on this every time."

Will flights stay this cheap?

Another complicated question, Ott said, and depends on the type of flight.

"As soon as the borders open there's a fair chance that people will move back to their kind of old travel habits, will go to a New York to Los Angeles rather than a domestic place," Ott said, meaning less demand for some domestic flights once the "captive audience" can go international again.

"At the same time, there are more low-cost carriers coming into the market, which is good news for consumers," he said.

For long-haul flights, Ott said airlines know passengers might not have tons of cash to splash right now but they still want to fly.

"International airlines are going to want to get their services ramped back up, and they're going to have to keep in mind that people have limited funds and they want to travel," Ott explained.

"For long-haul, I think low fares are largely here to stay," he said.