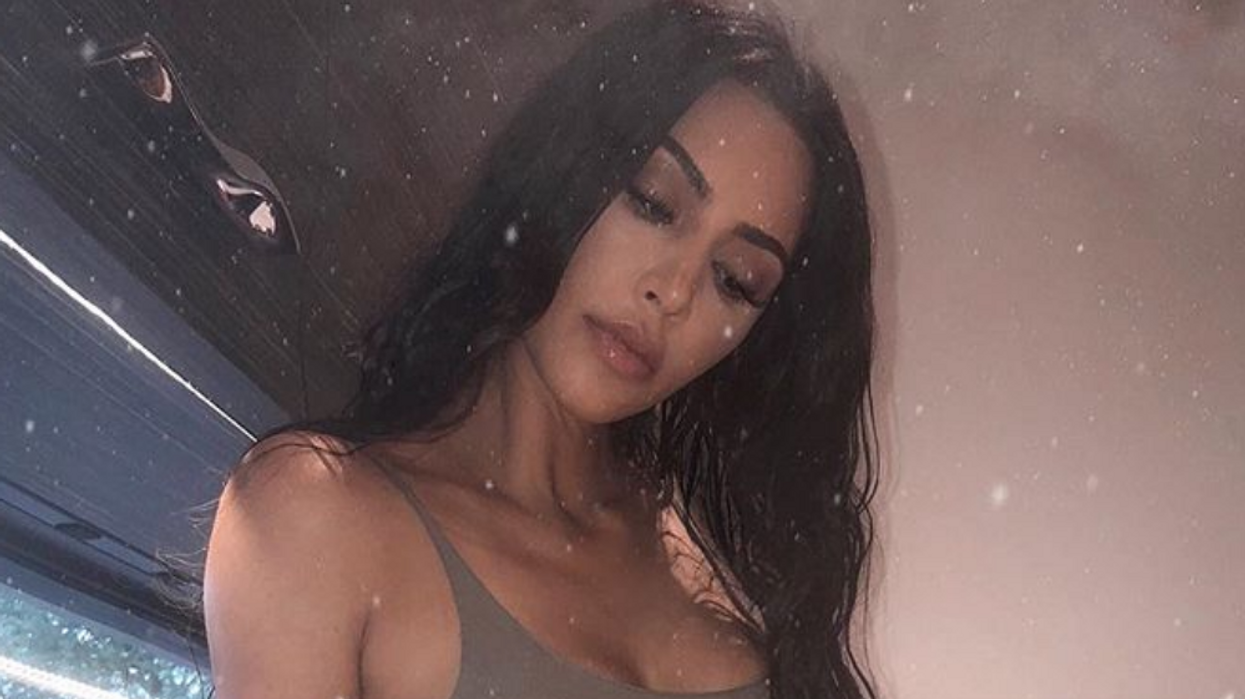 Kim Kardashian just launched her brand new line of "Kimoji" perfumes! It's an exciting time to be Kim K. Not only does Kim have a successful line of KKW beauty products worth $100 million, she's quickly taking over the perfume game too!

There's only one problem...

Kim's latest line of perfumes has reportedly ripped off another company's design. According to TMZ, a Chicago-based company called Vibes Media is claiming that Kim K ripped off their logo without their permission and used it to make millions of dollars in her new perfume launch.

As you may know, Kim launched yesterday three new perfumes that are inspired by her "Kimojis" aka Kim Kardashian Emojis. The first was a cherry shaped perfume, the second was a peach and the third was a black speech bubble with the word "Vibes" inside.

The last perfume is the most troubling. Vibes Media claims that Kim completely ripped off their trademarked logo and they're not happy about it. They're even suing Kim over the whole ordeal!

Here's a photo of a sign that hangs in the "Vibes Media" office that looks extremely similar to Kim's "Vibes Kimoji".

According to TMZ, Kim raked in the cash on her "Kimoji Vibes" perfume. After launching her perfumes, she quickly made $5 million dollars in only five minutes!

Vibes Media claims that KKW FRAGRANCE used their logo without permission and they don't want Kim making millions off of their design. They want all of her perfumes to be destroyed. In addition, they're suing for damages as well.