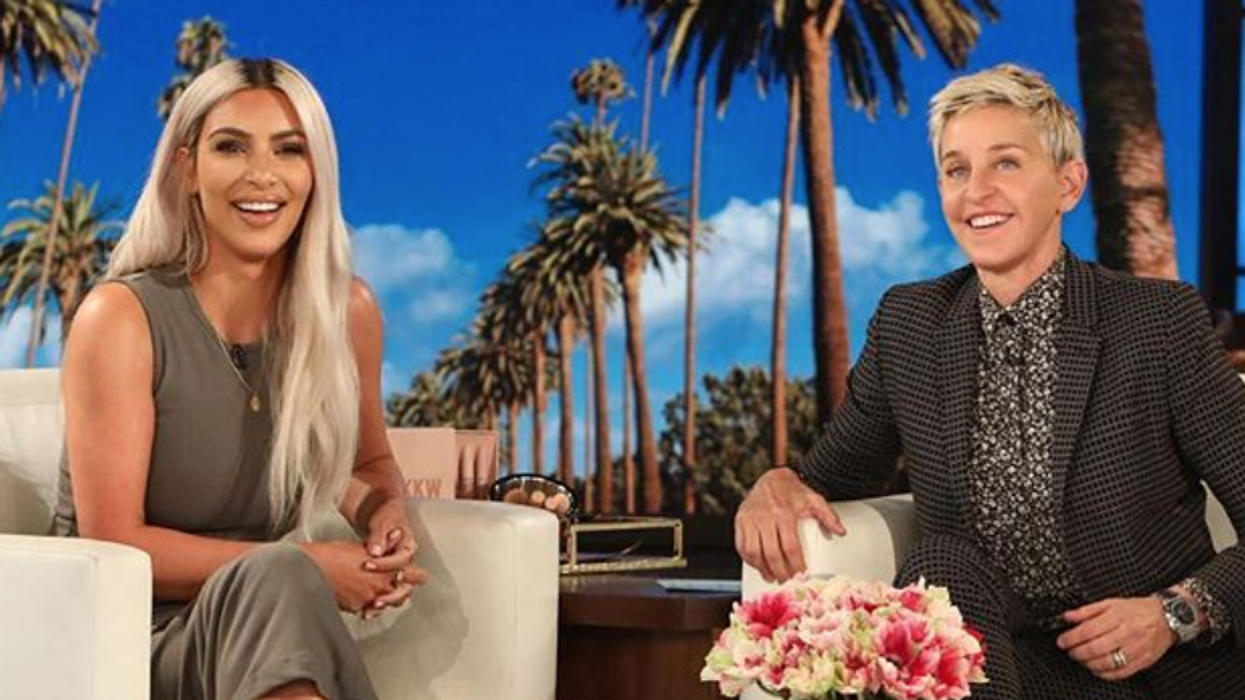 If you aren't living under a rock at the moment, you know that Kim Kardashian and Kanye West are expecting their third child via surrogate. The couple is expecting their new baby sometime in the holiday season, either late December or early January. Kim recently went on Ellen to gush how thrilled she, Kanye and North are (Saint is apparently less enthused) about their new baby!

Kim and Ellen chatted about the extremely post baby shower Kim shamelessly threw herself, which involved a ton of real cherry blossom trees and a star-studded guest list, with all of her A-List sisters and Chrissy Teigan.

"I thought I really do want to have a baby shower, because I want [North] to feel that something's coming, for her to really understand it. So people brought toys and gifts and she was opening them all up the next day. She said, "Mom, you know since baby sister is not here, I think I need all of her toys in my room and I'll play with them and make sure they are all okay for baby sister."

Ellen was delighted that Kim spilled the gender saying, "You just told us it's a girl," to which Kim replied, "North's really excited about that." Kim's third baby will make for the 7th Kardashian/West/Disick grandchild for Mama Kris and the 7th Kardashian cousin for the rest of the kids! Congrats!