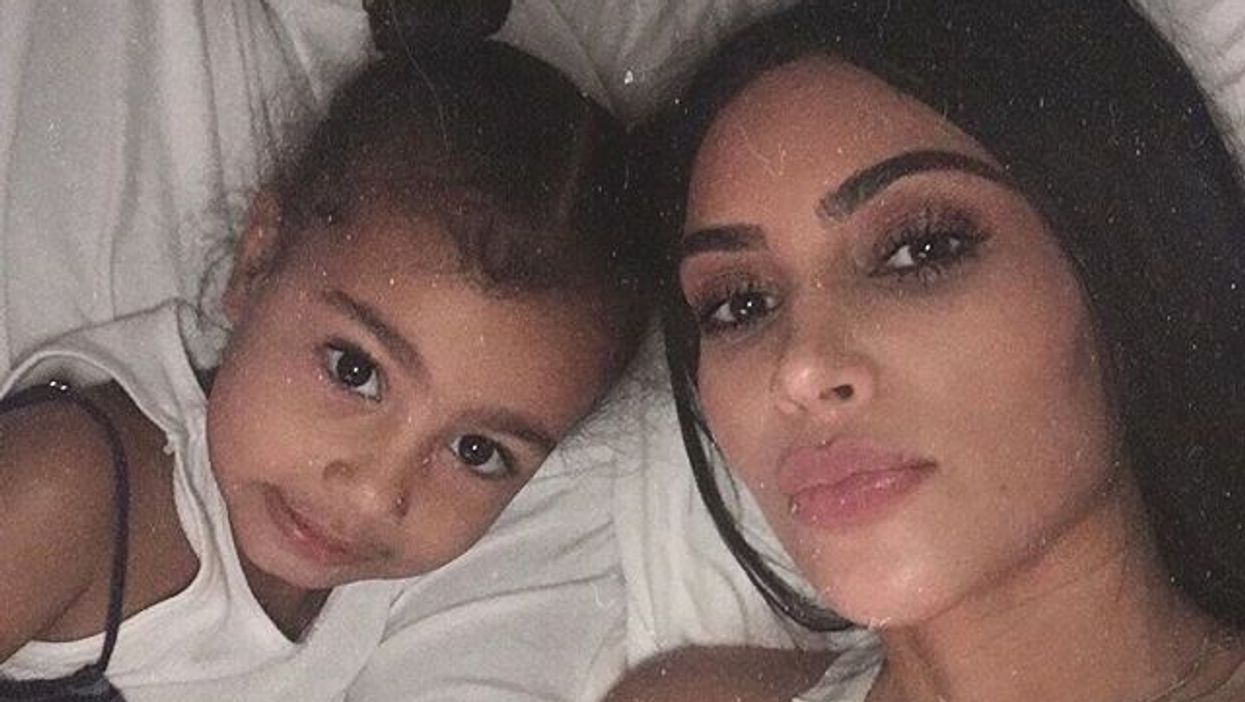 The Kardashian kids are probably the luckiest children on the planet. They get absolutely spoiled on holidays like Christmas, Easter and their birthdays.

Kim just posted a series of videos on her Instagram story showing off the insane birthday party she threw for North and Kourtney's daughter Penelope. It's at times like these when I truly wish I was a Kardashian kid. In the first video, Kim explains that the family threw North and Penelope a joint unicorn party for their birthdays. You can see in the first video that literally everything is unicorn-themed.

There's a table full of snacks, doughnuts, cakes and ice creams that are all decked out in unicorn-themed.

Everything on the table is rainbow or has some resemblance to a unicorn. It's so adorable, it hurts. There are rainbow rice krispie squares, rainbow doughnuts topped with gold flakes, unicorn ice cream cones and even a few unicorn cakes!

Next, there's a video of the birthday girls themselves. North and Penelope are twins in their matching rainbow robes and tie-dye bathing suits. They look so adorable together!

READ ALSO: The Kardashians Gave Out Baskets Of Golden Eggs Filled With Cash During Their Epic Easter Party

Kim even hired a 10-year-old DJ! Yes, you read the right. She hired an insanely talented 10-year-old DJ to spin at North and Penelope's birthday party. You can hear someone in the video complimenting the DJ on her skills.

After a bit of internet sleuthing, we found out that her name is DJ Livia and she has over 137,000 followers on Instagram. She may be super small and totally adorable but that doesn't stop her from performing for huge crowds.

It looks like Penelope and North's birthday bash is a huge success!