Kim Kardashian's Baby Shower Was Fancier Than Your Dream Wedding 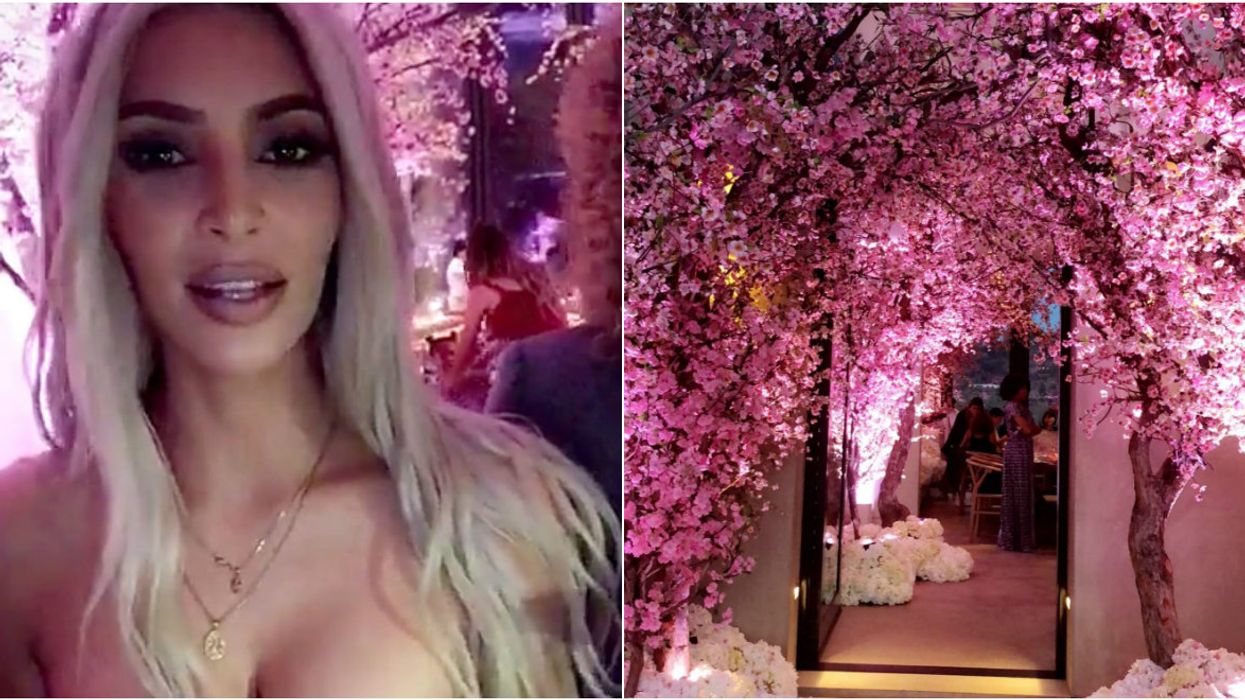 While the internet can't stop talking about Kylie Jenner and Khloe Kardashian's rumoured pregnancy, there is one Kardashian that's confirmed to be pregnant, and she just had a baby shower that was fancier than your dream wedding.

Read also: Here's Everything You Need To Know About Kim's Baby Surrogate

Kim Kardashian celebrated the impending birth of baby #3 with a baby shower to end all baby showers. The theme was 'Tea for 3', and it was mega fancy. Think high tea, finger foods, cherry blossoms and celebs galore.

"OK, guys, my baby shower for baby number three," Kim said in a Snapchat video at the event. "It's just a tea for three with cherry blossom forest. It's so pretty."

It's not every day a parent goes all out for their child-to-be's baby shower. But being the offspring of Kanye West and Kimmy K, this isn't just any child.

As reported earlier this year, Kim and her husband Kanye confirmed they were expecting their third child via a surrogate. And boy, did she celebrate in style.

As they always do, photos of the gorgeous event made the rounds on social media:

Kim's celebrity party guests included Chrissy Tiegen and celebrity hairstylist Jen Atkin. Kris, Kendall, Kylie and Khloé were also all in attendance, although the latter two showed no signs of their rumoured baby bumps at the event.

And what's a party without a little shameless self-promotion? In true Kardashian fashion, Kim used the baby shower to show off her new fragrance collection for KKW Beauty, which will be available starting on Wednesday.