A Selection Of Ontario Walking Trails Are Already Reopening This Weekend

Spring has sprung for some Ontarians! 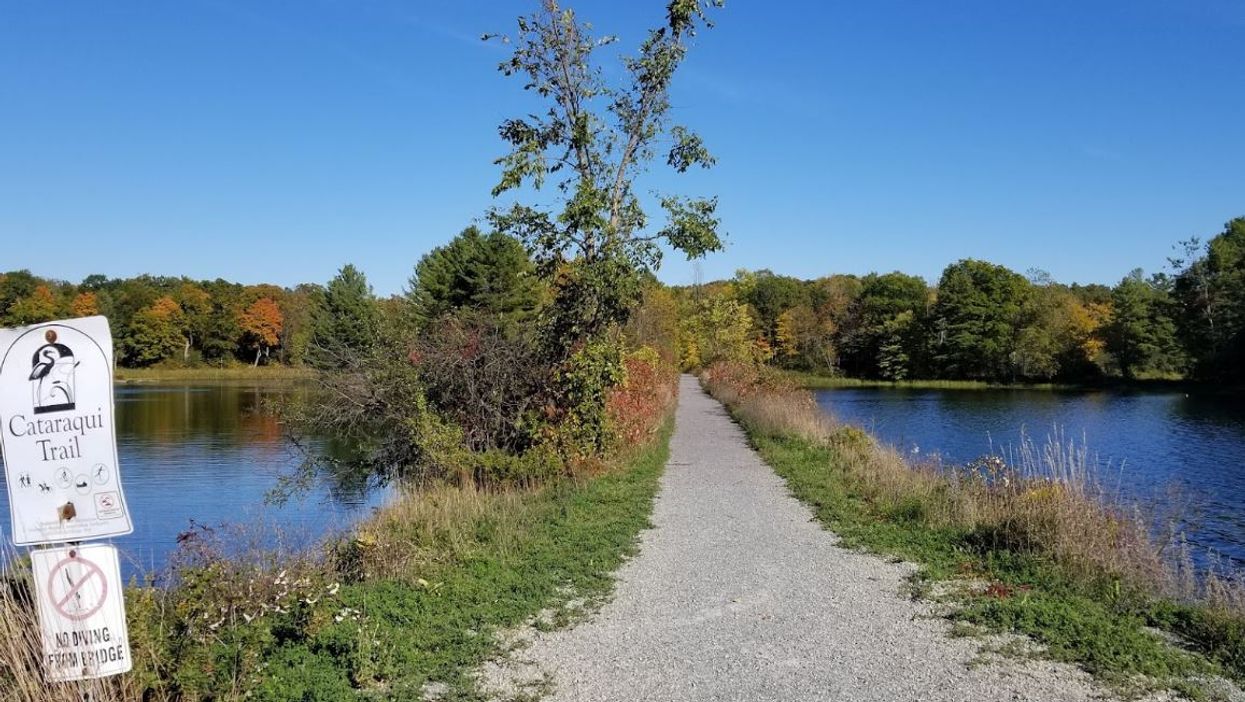 One Ontario region is already starting to reopen up. The City of Kingston has passed a motion to allow its residents more flexibility, and some amenities including several Kingston walking trails will be usable again from this Saturday, April 25. The decision comes in light of the city's comparatively low COVID-19 case numbers.

The Cataraqui Regional Conservation Authority closed its trails a couple of weeks ago in order to ensure social distancing.

But the CRCA announced in a statement on Thursday, April 23 that it will now be reopening seven of them across the region.

This move comes after Kingston City Councillor Robert Kiley put forth a motion earlier this week asking the province to allow the city to slowly start re-opening a few things as restrictions get lifted.

Coun. Kiley told Narcity on Thursday by email: "As supported by Kingston’s medical officer of health, the area conservation authority will open some trails as of Saturday, April 25, with new restrictions and measures for physical distancing in place.

"For another example, the KFL&A Board of Health passed a motion on Wednesday night (April 22) to express their support of community gardens as an essential service. Those spaces, too, need strict guidelines for the health and safety of residents."

"The motion was asking that when the province begins to lift COVID-19 restrictions, that it allow for some regional difference in different parts of the province according to the rate of COVID-19 spread," said Kingston Mayor Bryan Paterson in a video shared onto his Twitter.

As noted by the councillor and the statement, the seven reopened trails will all have restrictions and rules in place.

Those include that there must be two metres of physical space between individuals and that those who visit must be in groups of five or less.

“I think that starting with some low risk, outdoor activities like some trails where people can still easily physically distance and get exercise, is exactly the right way to go,” added Mayor Paterson in an interview with CTV News.

“And if things go well we can slowly, carefully, at the right time, open some other outdoor pieces as well."

This news comes after Premier Doug Ford announced the provincial government would be extending its emergency measures to last well into May 6.

According to the Kingston Frontenac Lennox & Addington Public Health website, the city has had just 59 confirmed cases in total.

Of those, only four were reported in the last week, and all but three have been resolved.

Coun. Kiley finished his statement to Narcity by stressing that while trails may be reopening, "we must all continue to act on the advice of our Public Health officials."