You can grab a Cinnamon Swirl or Pumpkin Spice Glaze donut from November 16th to 22nd. 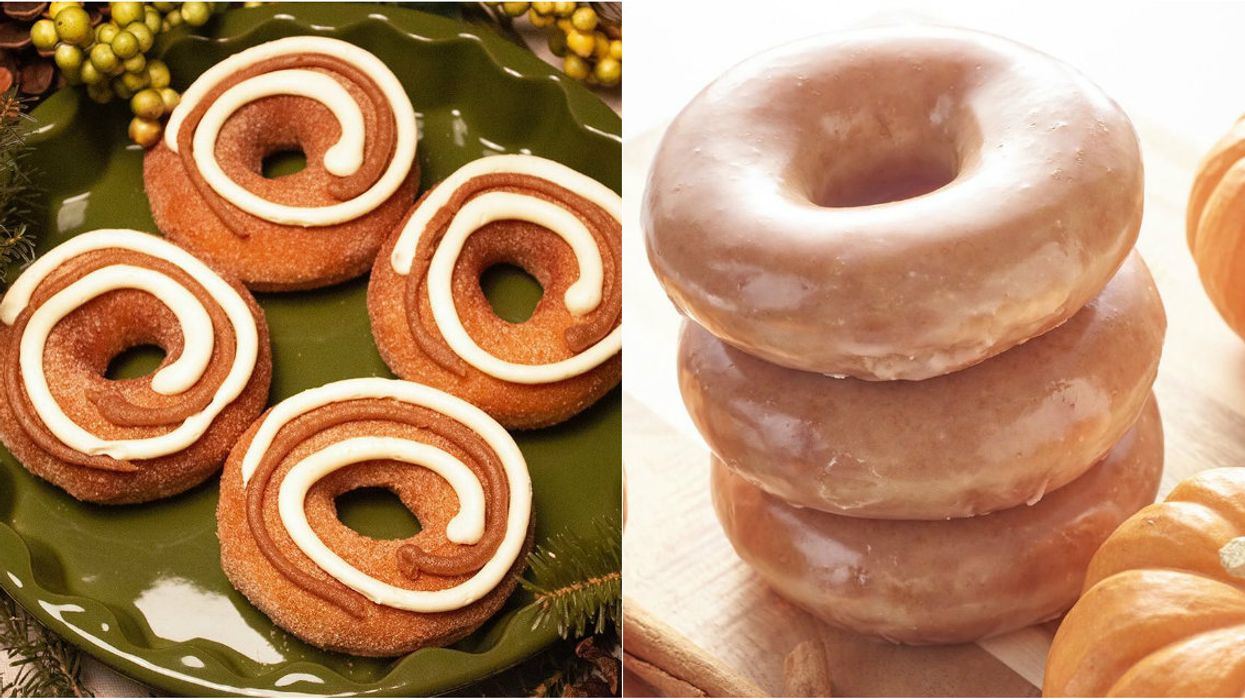 If you have a sweet tooth then you know just how delicious a Krispy Kreme donut truly is. Warmed to perfection with a melt in your mouth quality that other bakeries just cannot beat.

There is some good news for Canadians this weekend, as the donut master, Krispy Kreme has announced they're introducing two new flavours in honour of the holiday season. While the flavours will only be available for a limited time, they are both themed around the changing winter weather.

READ ALSO: The LCBO Is Extending Their Hours To Compete With Cannabis Stores In Ontario If you're not a fan of cinnamon, you can also give the Pumpkin Glaze donut a try on Friday too. Similar to the classic Krispy Kreme donut, this goodie features a pumpkin-flavoured glaze in a nod to the fall season.

While these holiday treats do correlate with American Thankgiving this weekend it doesn't mean that Canadians can't enjoy the fun too!

Of course, these special edition donuts won't be staying in-stores long so you don't want to miss out! You can enjoy the Cinnamon Roll or Pumpkin Spice Glaze donut at participating Krispy Kremes across Canada from Friday, November 16th to Thursday, November 22nd.

READ ALSO: Gas Prices In Ontario Are As Low As 92 Cents A Litre Right Now