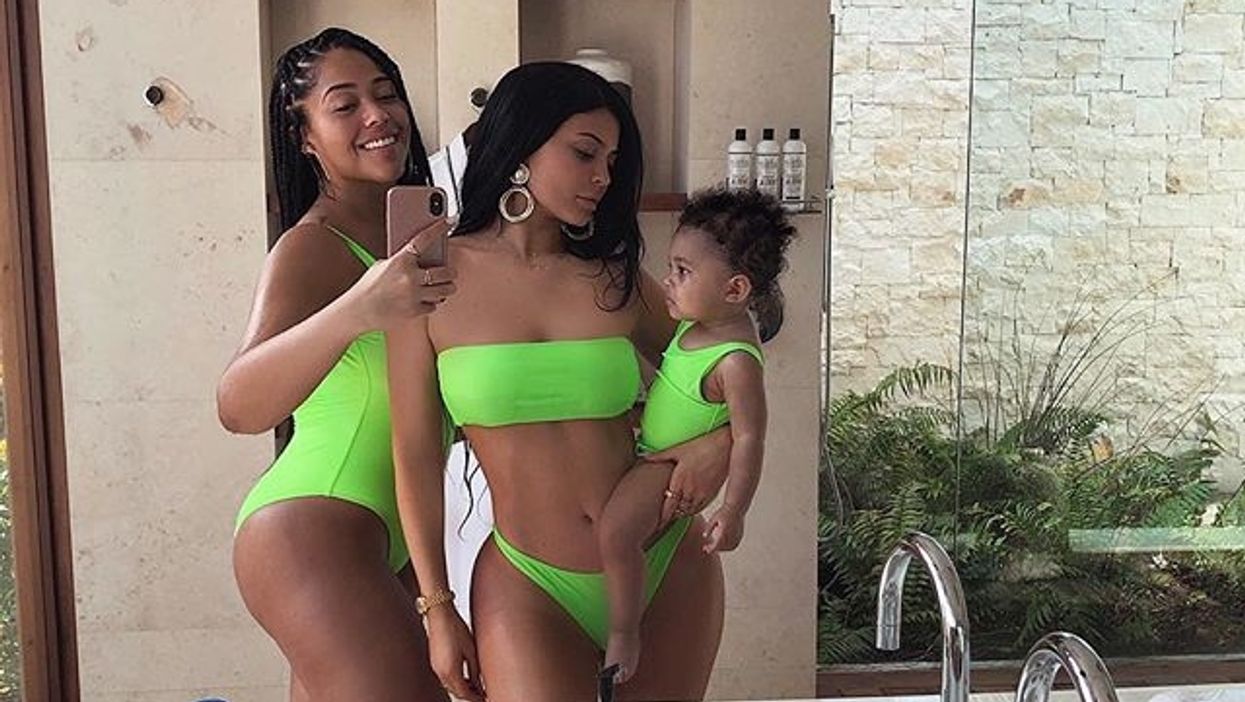 The moment has finally come. Kylie Jenner has broken her silence on the Jordyn Woods and Tristan Thompson scandal - sort of. Although most celebrities would go the more traditional route and release a well-crafted statement after a story as big as this one comes out, Kylie Jenner decided to be a bit more sneaky in her renouncement of her ex-BFF. Kylie Cosmetics has cut the price of the Jordyn Woods lip kit in half after the Tristan Thompson scandal.

READ ALSO: These Are All The Best Celebrity Reactions To The Jordyn Woods And Tristan Thompson Scandal

As you can see from this screenshot taken from the Kylie Cosmetics website, the lip kit is originally priced at $27 USD, which is standard for most of Kylie's products. However, the price has now been slashed to just $13.50 USD, which is half of what it was before. If that's not shady - I don't know what is.

The Jordy lip kit was originally released in May of 2018. Since then, Kylie collaborated on the Kylie x Jordyn line for Kylie Cosmetics, but the price of those products remains the same as it was before the cheating scandal was announced. It's been reported that Kylie is very unsure of how to feel about this situation. It turns out that she didn't even hear about the cheating from Jordyn, but was actually told about the scandal by Khloe, which makes things even more uncomfortable between the two.

For the time being, Jordyn has moved out of Kylie's guest house and back home with her mom. It's difficult to say whether Kylie and Jordyn will be able to have the same friendship they once did, but one thing's for sure - the rest of the Kardashian-Jenner clan won't be so quick to forgive her.