Do you think he's telling the truth? 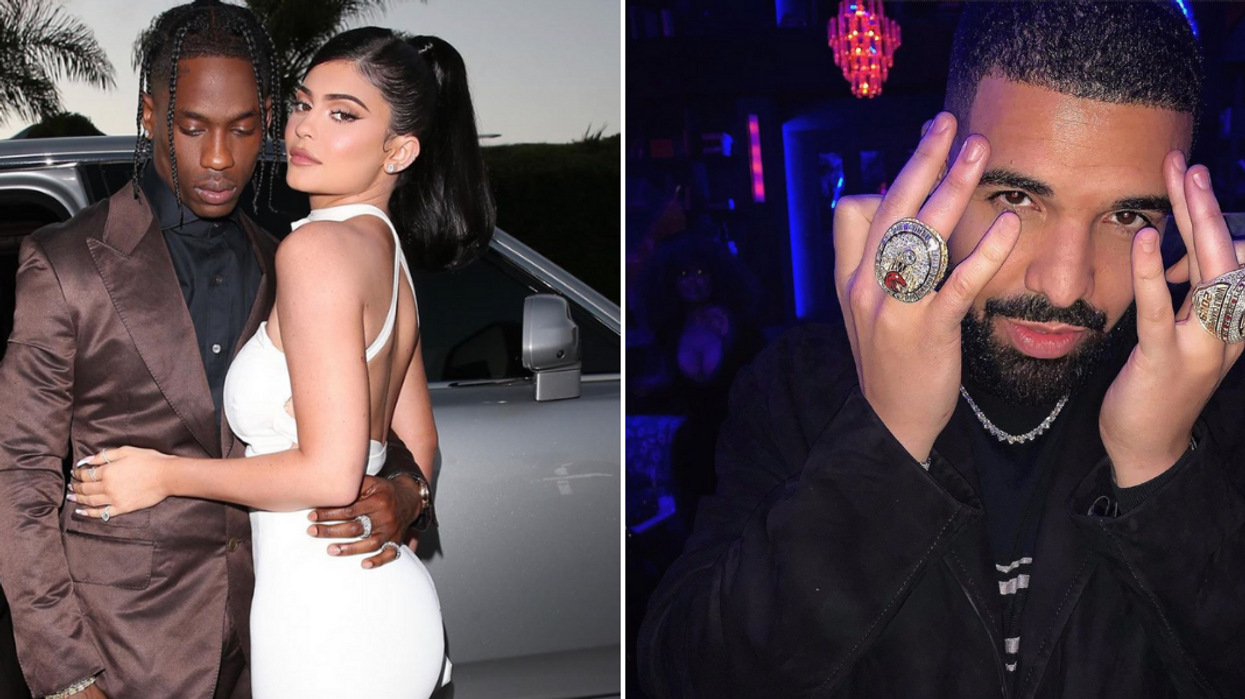 Imagining that one day Drake could possibly be part of the Kardashian/Jenner clan is bizarre to think about, but if this last week has proved anything, it's that it's not impossible. Kylie Jenner and Travis Scott recently announced a break in their relationship. While they didn't admit to a full-on breakup, her recent closeness with Drake is creating a lot of buzz. Kylie Jenner and Drake dating rumours are circulating so quickly that Travis Scott even responded to them.

While Drake has always been close to the Kardashians and Scott himself, since he's been spending time in his Calabasas home, Jenner has been a frequent visitor.

The two do have a lot in common now despite their age difference. They're both single parents, Drake to Adonis and Kylie to Stormi. That's definitely something that could bond anyone.

It all started at Drake's birthday party last week when the two celebs spent the entire evening together dancing and talking. Afterwards, sources told PEOPLE that the two "have been spending time together recently" and that they've been "hanging out romantically."

Recently, another source came forward to set the rumours that the two were dating aside admitting to E! News that:

“Kylie and Drake are not romantic. They have always been good friends and have been hanging out more now that Kylie is single and Drake is in town at his house in Calabasas. It’s a convenient friendship but it’s strictly platonic. Drake is notorious for flirting with all of his girlfriends and him and Kylie have a great dynamic... They aren’t hooking up but Kylie is enjoying having him around.”

Sources have been going back and forth between whether or not the two are a legitimate couple but the rumours have gained enough traction to get a statement out of Scott.

A source spoke to US Weekly about how "Travis harbours no ill will to any of Kylie’s friends."

Does that mean Drake is still only considered a friend to Kylie Jenner? Or should we be looking forward to a Drake cameo on Keeping Up with the Kardashians?

Either way, at least we know where Travis Scott stands with the whole ordeal.