Could Kylie and Travis be getting back together? 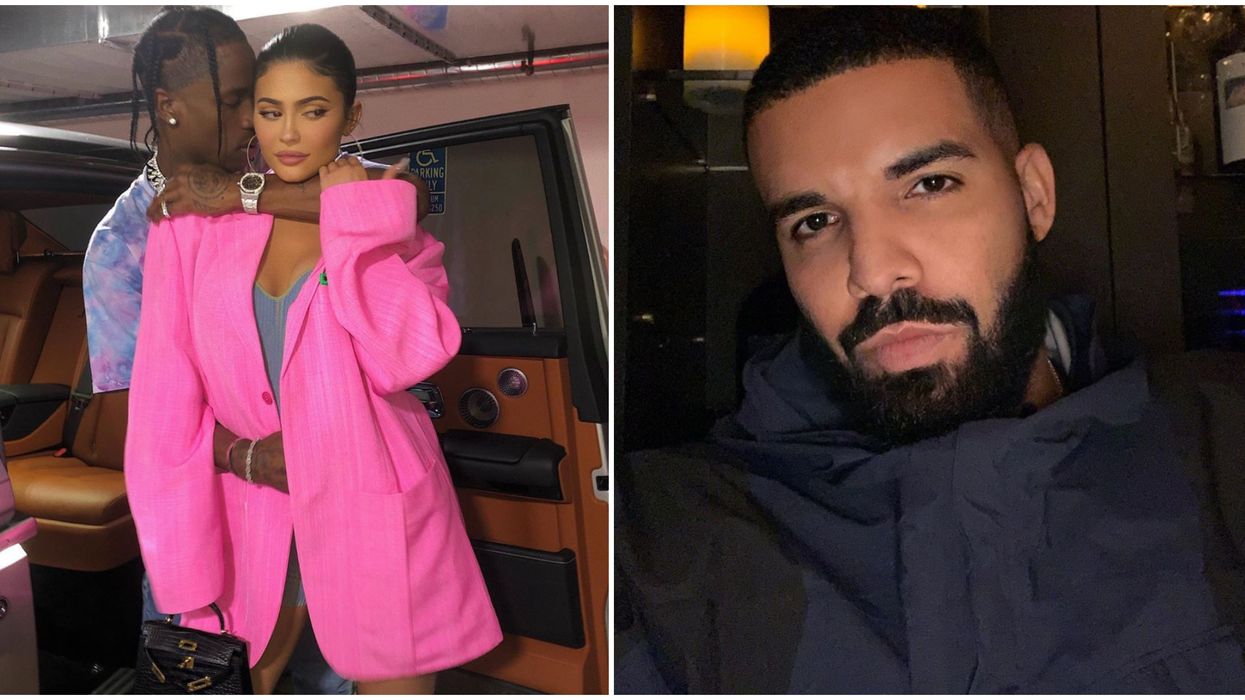 Breakups are never fun, especially when they're your own. But sometimes, you get so invested in a celebrity couple that it hurts you almost as bad when they split. There have been plenty of splits over the years that have shaken up the world, like Jennifer Aniston and Brad Pitt, Justin Bieber and Selena Gomez, and most recently, Kylie Jenner and Travis Scott. Kylie Jenner and Drake's dating rumours could be put to rest after Travis Scott's IG post.

If you're a big fan of Scott, you probably already know that his highly anticipated Astroworld Fest has been happening in his hometown of Houston this weekend. Scott dropped Astroworld back in 2018. Since then, he has continued to tour and host festivals for the Grammy-nominated album, which his fans flock to.

"Astroworld" also happens to be the name of a now shut-down theme park that was a huge part of Scott's childhood, so the album has a particularly special place in his heart. And nobody knows that better than his ex-girlfriend, Kylie Jenner.

Scott and Jenner split just a few weeks ago, and shortly after the breakup, Jenner was romantically linked to Canadian rapper Drake after the two were seen flirting at his birthday party.

Neither Jenner nor Drake has confirmed anything, but a source told Entertainment Tonight that "she has known Drake for a while. They are not in a relationship. It mostly seems like they have chemistry, flirt and hang out. Nothing too complicated.”

Since the news broke, fans have been eager to know what Scott's thoughts are on the rumoured relationship between his "Sicko Mode" co-creator and the mother of his child.

A source told Us Weekly that "Travis harbours no ill will to any of Kylie’s friends", so clearly Scott is aware that nothing too serious is happening with the duo.

With Scott spending so much time prepping for Astroworld Fest, Jenner sent him an adorable gift to help him relax before the festivities. Scott and Jenner seem to have an affinity for roses, so Jenner sent him a flower arrangement that reads "Astroworld".

Scott posted a photo of the flowers to his Instagram story, writing, "Love u, that I really do". He also included a butterfly emoji, which has always held special meaning for him and Jenner.

So clearly there's no bad blood between the exes, and although they're not officially back together as of now, they're definitely speaking. According to Us Weekly, Jenner also plans to see Scott at Astroworld Fest, along with their daughter, Stormi.