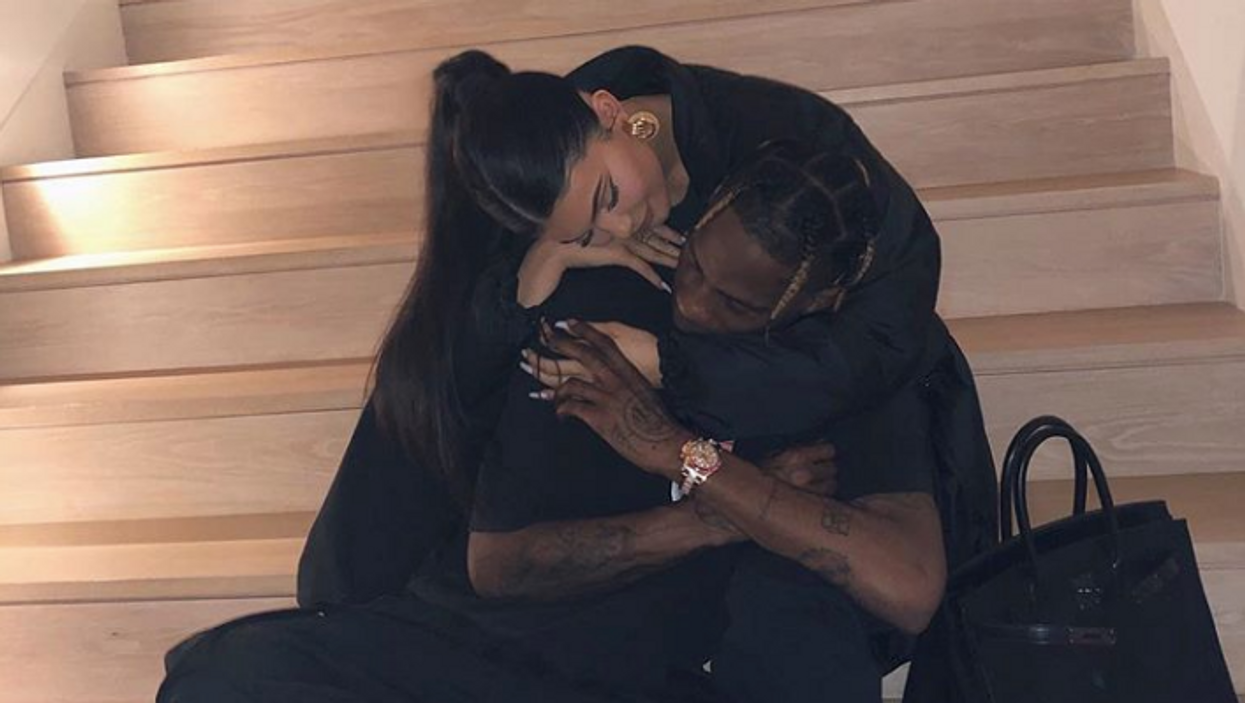 We reported a couple of weeks ago that Kylie Jenner apparently found evidence that boyfriend Travis Scott was cheating on her. And even though Travis ended up denying those allegations, their relationship is not what it used to be. According to TMZ, they haven't had any time to repair their relationship because of their work commitments.

Travis Scott will be on tour for the next little while, and Kylie is super focused on Kylie Cosmetics. TMZ reports that the two haven't had a minute to sit down and discuss this rumour, and that's really putting a damper on their relationship. They've talked a few times, but 'only in spurts'. When the rumours came out about the reason why Travis Scott canceled one of his shows, he blew it off immediately. It was said that he had to cancel his show to stay back with Kylie because the fight was so bad, but they didn't resolve it. TMZ also reports that Travis's number one priority is his family, but Kylie doesn't want him canceling any shows.

Can we all agree that 2019 has not been a great year for Kylie so far? While she's definitely thriving being a mom and with Kylie Cosmetics, she hasn't had the best luck in her relationships. You may have forgotten, but she lost her best friend Jordyn Woods because she hooked up with Khloe Kardashian's now ex-boyfriend Tristan Thompson. Hopefully, Travis and Kylie can work things out and 2019 can get way better for the now billionaire.