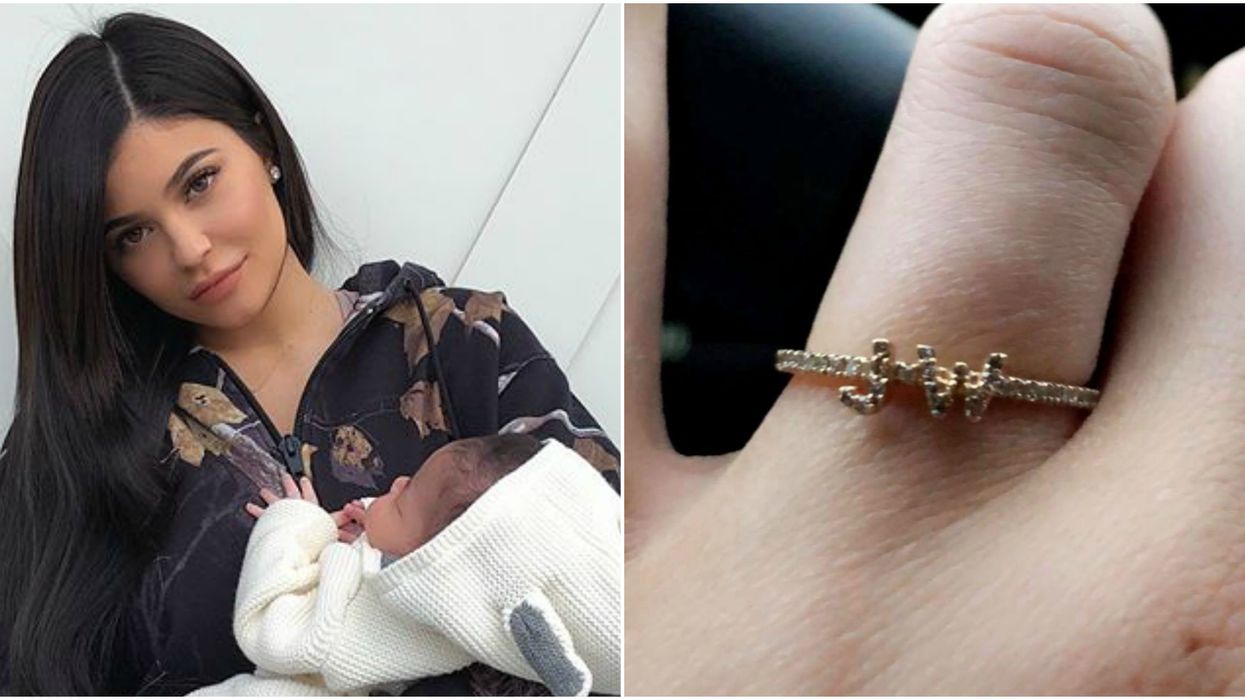 It was only last week that fans noticed a super tiny detail in one of Kylie's latest Instagram pics that had the world turning. This tiny detail even had us freaking TF out when we realized that the young mother may be engaged to her baby daddy, Travis Scott.

Well, Kylie was clearly annoyed with all of the rumours surrounding her and her bae, so she took to Snapchat last night to set the record straight. She admits that she has been wearing a super cute ring, but it's not an engagement ring. She posted a close-up pic of the ring she's been wearing and exactly what it means to her.

Here it is! Kylie confessed that the ring in question is dedicated to her love, Jacques Webster AKA Travis Scott... but also to her BFF Jordyn Woods! The ring has the initials "JW" which is a homage to the two people who have supported her the most. I have to admit, this is a really adorable idea.

We can tell by the "Ok ..." in the caption, that she was directly shutting down the engagement rumours that have been swirling. We have to admit, this initialled ring is so cute and we love that Kylie keeps her BFF and her BF close to her all the time.

Fans are so happy that Kylie is finally back to her old social media ways and that she's been posting nonstop about her new baby. After months of being absent on Instagram and Snapchat, the celeb is finally back to posting online. Last night, Kylie uploaded the photo above while she was admiring baby Stormi. Sigh, that baby is so cute.