Someone call the FBI. 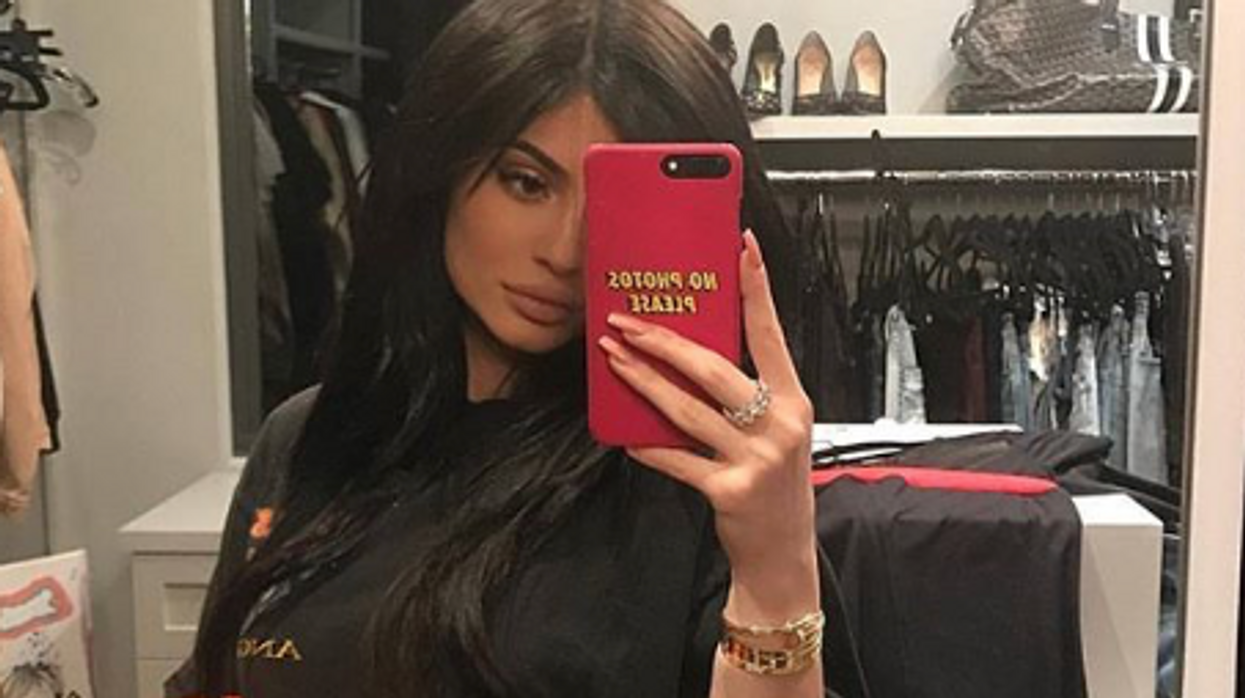 Kylie Jenner has done us no favours in confirming whether or not she's pregnant. Has she given us hints? Yes. Things to question - like Instagrams and revealing Snapchats? Sure. But this video might be the closest thing to a big hint since the pregnancy rumours arose - especially since she deleted it shortly after it was posted on October 17th.

It was on September 22nd that a source confirmed to TMZ that the youngest Kar-Jenner was happily pregnant with boyfriend, Travis Scott. The star is reportedly due this February and is very excited to be a young mom. All the signs seem to point to pregnant - from Kris saying, "Kylie's not confirming anything," to Kylie avoiding the public eye more than usual. The star has been posting throwbacks to her Instagram as well as shots from the chest up, seemingly avoiding her stomach.

Kylie, though reportedly comfortable with her pregnancy thus far, doesn't want to leave the house much as her body is changing. The star knows what a hot topic of conversation she is and how cruel the public can be when receiving pictures of her pregnant. Her sister, Kim, was deeply scrutinized by the media after her first pregnancy - which may be why she's taking her time to step out. This October marks Kylie's 5-months of pregnancy, meaning the bump is sure to make headlines. Jenner released this video last night, showcasing her bod, which has definitely changed with pregnancy.

The star's bust has definitely inflated - and we're not just talking about her boob job. Her lips, also look noticeably less full, as if she's skipped out on fillers recently. And, if you focus your gaze under her bust, you'll be able to see the curve of a bump forming. We're just waiting on you to confirm, Ky!