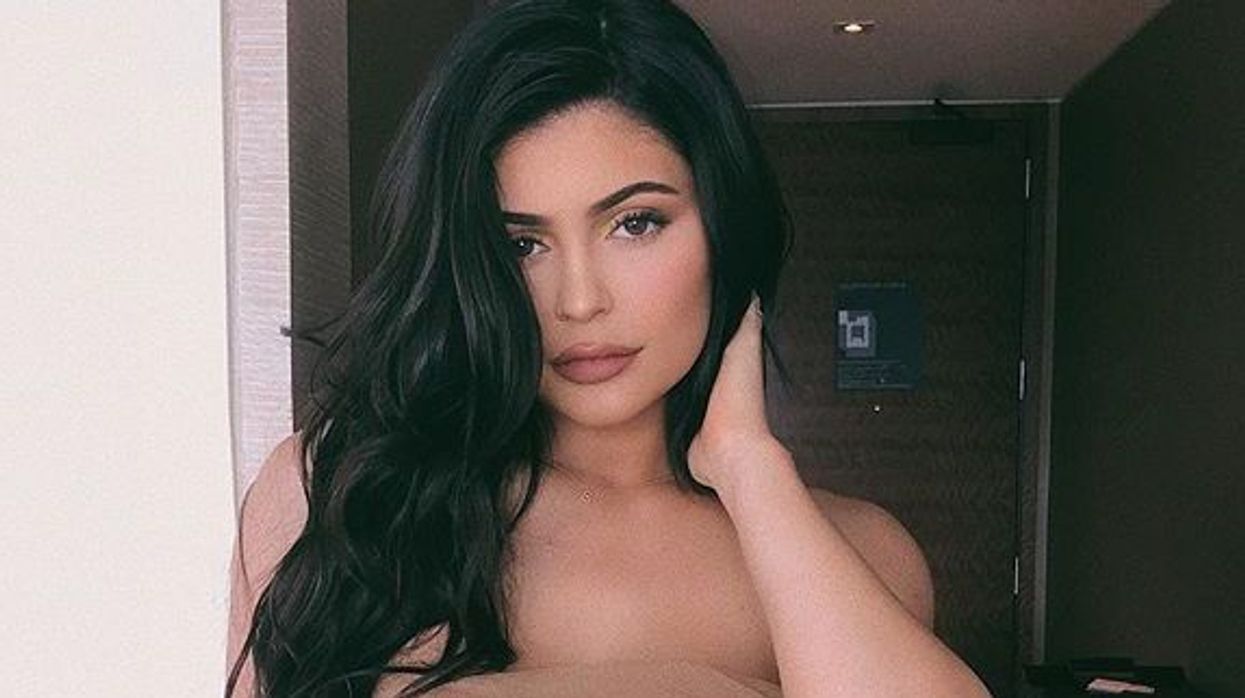 Kylie Jenner is possibly one of the most famous people in Hollywood right now. She's famous, beautiful, the owner of a successful makeup brand and she's a new mother. It seems like she has it all, right? Many think she could do no wrong. Kylie just posted a brand new selfie on Instagram and she's getting a ton of flack for it. Whenever Kylie posts a new photo on Instagram, she usually gets thousands of likes and a ton of "🔥" emoji comments.

But today she's getting a ton of hate on her newest picture.

Kylie posted this photo of herself with the caption, "i spy with my little eye..." At  first glance, it looks adorable! She's not wearing any makeup, you can see all of her freckles and she looks super cute. But upon closer inspection, you can see that Kylie definitely cropped her baby Stormi out of the picture.

On the left side of the photo, you can see Stormi's little baby hairs sticking up and the side of her face. We're not exactly sure why Kylie would crop her own baby out of the photo but at least crop all of her out so people don't notice!

Now fans are up in arms about Kylie being a bad mother. One Instagrammer commented on the photo saying, "I can't spy your daughter because you cropped her out." That comment received 362 likes. Someone else commented, "She cropped her own god damn daughter out."

Other users came to Kylie's rescue, claiming that it's her decision if she wants to keep her baby's face out of the public eye. We don't think this justifys calling Kylie a bad parent. It was probably just a bad photo, tbh.

Kylie is literally the Queen of Instagram. She posts so many photos all the time and usually we love them. Maybe she just needs to take a couple minutes to really look at the photos before she posts them... so we can avoid awkward situations like this.