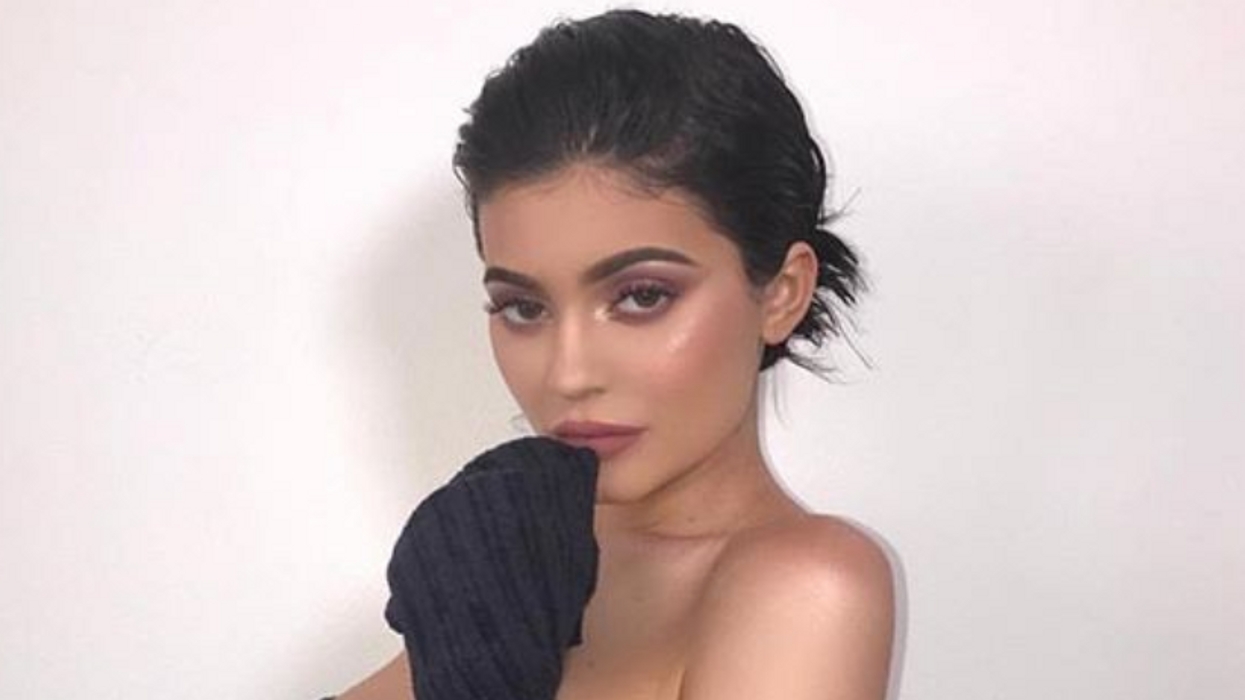 You heard right. KJ is actually terrified of looking like one of her older sisters, at least while she's pregnant. In previous years, Kylie loved being compared to Kim - the 20-year-old starlet had an enviable hour-glass shape and similar dark features to that of her older sister. But if there's one thing Kylie doesn't want to look like, it's Kim pregnant.

Now that Kylie's rumoured to be anywhere from 5-6 months pregnant, she's very scared of gaining a crazy amount of weight like Kim did when she was pregnant. During both of Kardashian's pregnancies, she gained an upwards of 50 pounds - 50 with her daughter North and 65 with her son Saint.

Kylie is worried her weight gain will be just as bad if not worse, as she's publicly never been a big fan of exercise. The star has always had a naturally trim frame that she maintains without crazy workouts like Khloe and Kim.

Kylie is reportedly shocked at how much weight she's gained and fears that she'll give into her fast-food cravings like Taco Bell and Hot Dog On A Stick. Though she's yet to have confirmed the pregnancy rumours, many fans speculate that Kylie is expecting a girl as her social medias have been ridden with pink.