She's among tons of unimpressed people 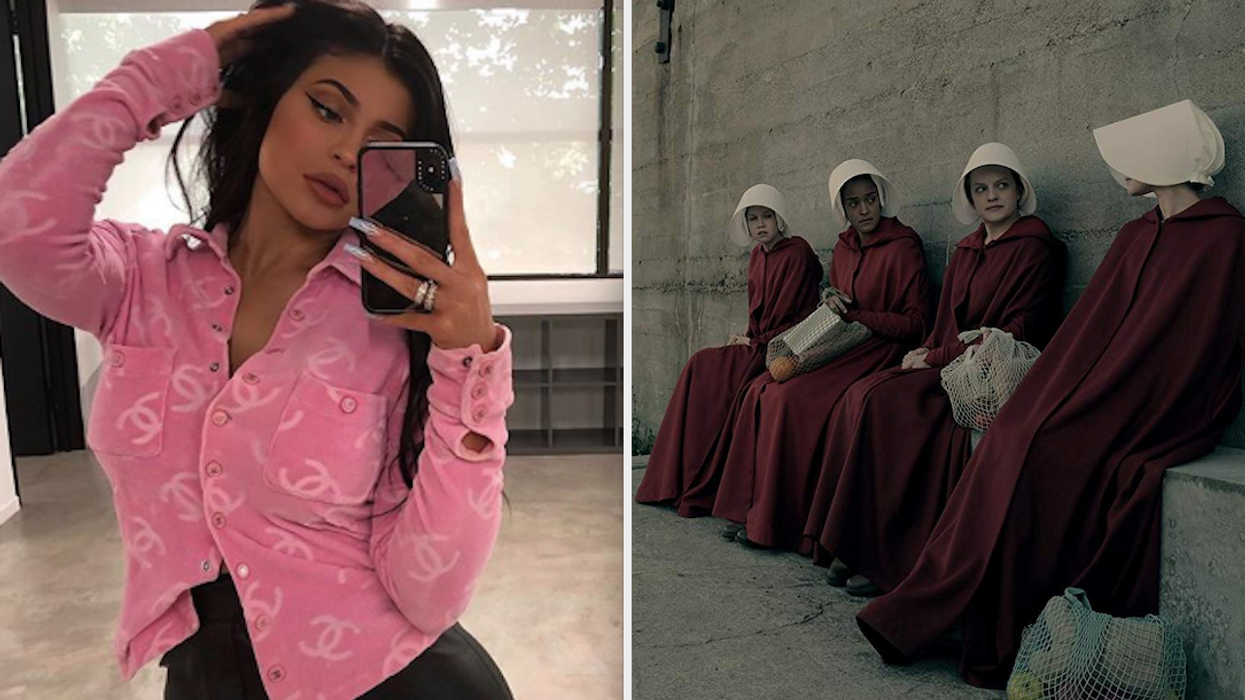 Margaret Atwood doesn't seem to "keep up with the Kardashians" because she just spoke out about Kylie Jenner's party that was held back in June. The bash was held for her best friend, Stassie Karanikolaou, and followed the theme of the TV series based on the 1985 novel of the same name. Even though it occurred months ago, Kylie Jenner's The Handmaid's Tale themed party wasn't loved by Margaret Atwood.

The Ottawa-born author was recently interviewed by New York Magazine where she discussed Jenner's celebration.

Her response when being asked about the 22-year-old businesswoman might make you giggle.

Atwood shared her thoughts on the party and said, "My readers deal with those things. They notice them before I do. I expect that Kylie Jenner heard from some of them along the lines of 'We appreciate the thought, but you kind of missed it.' There were some themed tequila. People often do this in a very well-meaning way; they're not trying to be unpleasant."

The Handmaid's Tale TV adaptation first premiered in 2017 and currently has four seasons.

The plot is set in a dystopian future where lead character June (played by Elisabeth Moss) must obey strict rules while living under a dictatorship.

Jenner posted photos of her themed party on social media but fans were less than impressed by her costume.

This user shared her thoughts writing, "Kylie Jenner is having a party themed after the Handmaid’s Tale.....so.....who’s gonna tell her that her party is literally celebrating female enslavement for their biological reproduction?? WHO IS GOING TO TELL HER."

Another user found the party's theme "highly inappropriate and not cute at all."

When the youngest of the Kardashian family posted a video of her daughter Stormi playing basketball last month, someone brought up the TV series again.

They wrote, "But why is she dressed like a Handmaid" and included a GIF from the show.

It seems like people just don't like The Handmaid's Tale themed parties, including a wedding that was held in Toronto last month that people were not at all happy with.