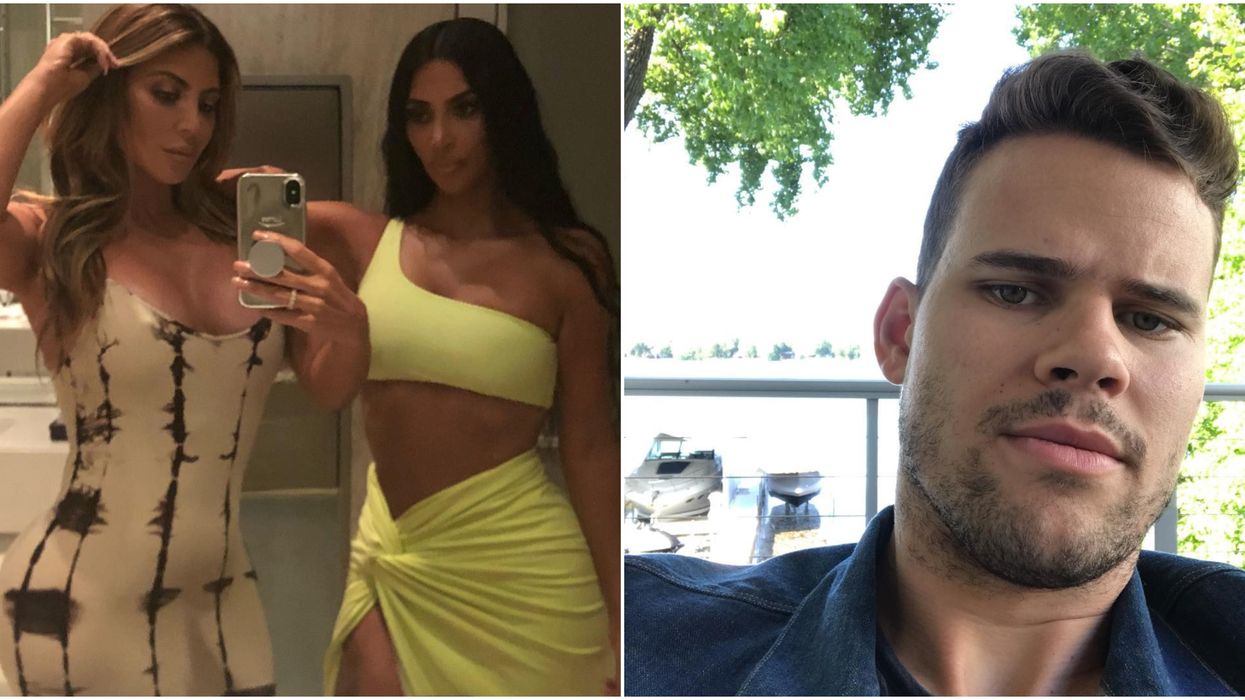 Weekend one of Coachella may be over, but we're still addressing the drama and eagerly waiting to see what weekend two brings. Apart from some seriously bad outfits, there wasn't a ton of celebrity gossip - oh, except for those rumours that Kim Kardashian's BFF was flirting with her ex-husband. We can all take a big sigh of relief though because Larsa Pippen & Kris Humphries weren't actually flirting at Coachella.

During weekend one, Larsa and Kris were seen getting "flirty" in the festival's VIP area. Spectators saw Kris playing with Larsa's braids (this seems more creepy than flirty to me, but then again, Kris is a pretty weird guy) and chatting, so it was automatically assumed that they're Hollywood's newest item.

Upon hearing the news, Perez Hilton posted on Instagram about the situation, comparing it to the recent Jordyn Woods/Tristan Thompson/Khloe Kardashian fiasco. Larsa quickly shut down the rumours when she commented back, "The convo lasted all of 3 min. He told me he's known Scottie since he was 14 and that he loves him and I said so do I". Seems innocent enough.

If you're not familiar, Scottie Pippen is a retired NBA player and married Larsa back in 1997. The couple has four children, although Larsa filed for divorce back in November of 2018 citing "irreconcilable differences".

Since his 72-day marriage with Kim came to a halt, Kris Humphries has been laying pretty low. He's since retired from the NBA, and he's mostly managed to remain out of the tabloids, apart from the few times that he's insisted his marriage to Kim was "100% real".

Kim didn't seem too phased by the rumours about Kris and Larsa at all; she didn't even take the time to address them. She recently announced that she's studying law and plans to take the Bar exam in 2022. She and husband Kanye West are also expecting a fourth baby via surrogate.