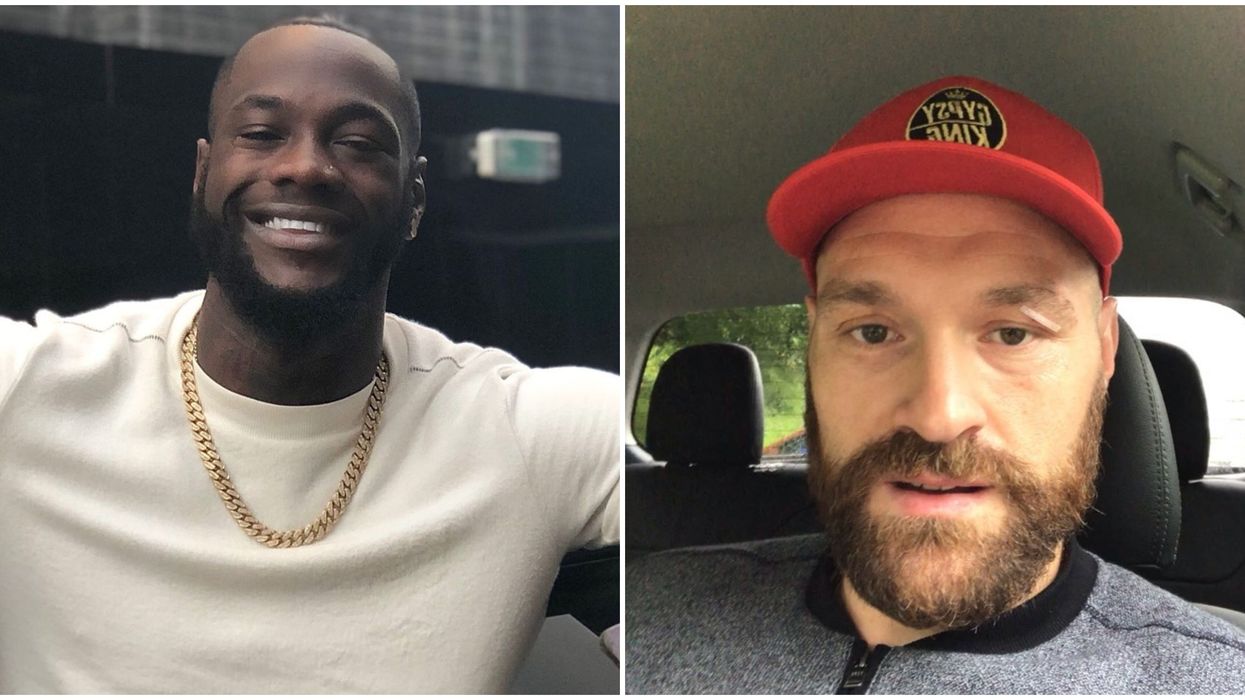 Sometimes Twitter has no chill. Just over an hour ago, a Deontay Wilder and Tyson Fury rematch was announced and some users have already decided who they want to win. The big match is set to happen on February 22, 2020, at the MGM Grand Garden Arena.

Both boxers took to the social platform to promote their upcoming fight two hours ago. With tensions still high from last year's fight, many users were quick to comment.

Wilder captioned his post, "After February 22nd there will be no more unanswered questions. I will finish what I started, and this time @Tyson_Fury will not be getting up off that canvas so quickly. I’ve proven myself time and time again and I will do it again in February. #WilderFury2."

One person questioned the boxer and wrote, "What fight were you watching. When you get knocked down 3 times...you lose...period." The comments are pretty savage.

Their previous fight was seemingly controversial. The Bronze Bomber had a rough start but was able to knock down Fury in the ninth round. Some argue that his late match comeback is what enabled the judges to come to a split decision.

The draw is what helped Wilder retain his WBC Heavyweight title.

@BronzeBomber @Tyson_Fury You have no boxing ability. Good luck with them swing and miss
— Paul Bacon (@Paul Bacon)1577464787.0

Many people were quick to call out Deontay, One person even went on to say, "What bollux."

Although many people seem to be rooting for a Fury win, fans commented on Wilder's post with optimism and showed their support of the champion.

One person replied with, "There’s only one Deonte Wilder #bombzquad #tilldisday."

Despite the various comments, we're excited to see the outcome of this fight.

Narcity is following this story closely and will update this article with any new information.