Are they gonna phone home? 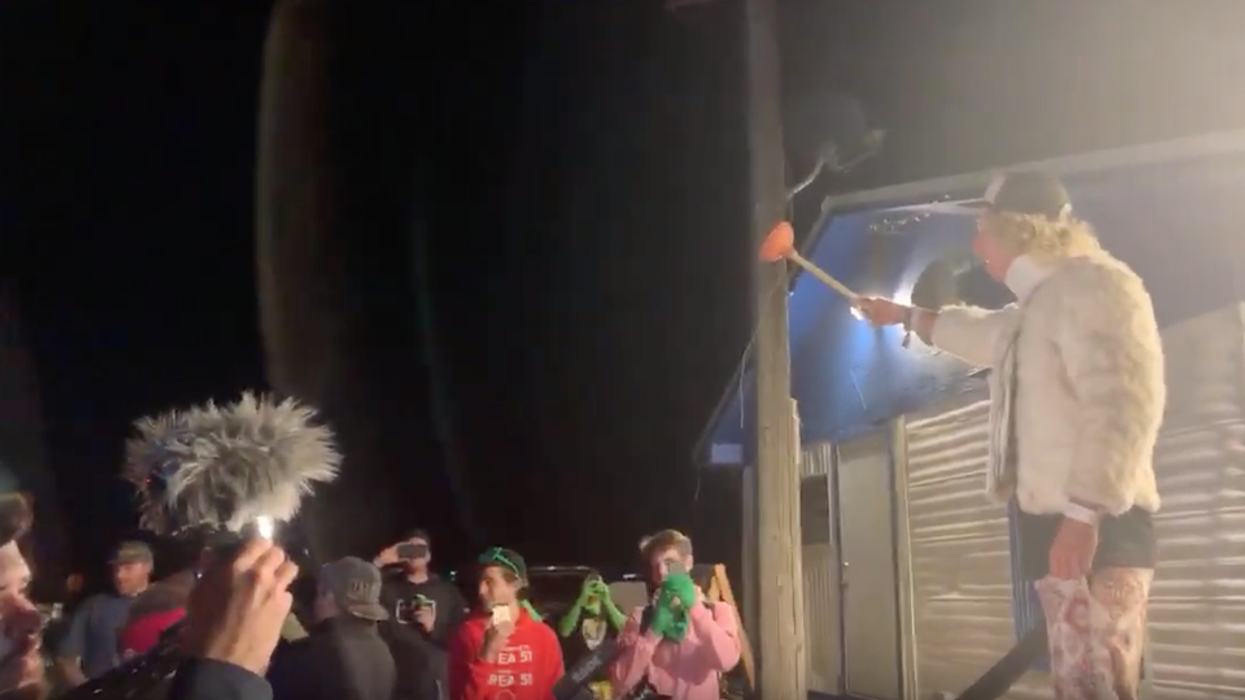 It all started months ago when "alien lovers" vowed to storm Area 51 in search of extraterrestrial life. Millions of people decided to go "Storm Area 51" in the hopes of finally uncovering the truth about aliens and UFOs. Well, the "Area 51 Raid In Nevada" is totally insane and we have all the photos!

Well, we didn't think this raid would be happening but it is and it's just as wild as you'd expect!* Many people are sharing their experiences and photos of all the craziness surrounding the raid. CNN first broke the news about two YouTubers being arrested for getting a little to close for comfort at the Area 51 facility, which is heavily guarded by the US Air Force.*

In a Reddit post about the raid, users had some pretty funny responses to the photos, which have been shared/can be seen down below.*

As if the raid wasn't dramatic enough already, some people even arrived at the raid wearing foil helmets. Ummm, we aren't so sure those will protect against aliens reading your thoughts but who knows!

Some people even arrived with toilet plungers. Maybe a weapon against the potentially dangerous aliens? All we know is that this made our day!* We aren't sure whether these aliens are friendly or not so it's best to come prepared. Since Area 51 is in the desert it's possible that these aliens hate water, much like the ones in the movie Signs.

Considering none of the raid attendees actually made it to the top-secret facility, we're not entirely sure whether this is even considered raiding but we are totally here for it! Alien enthusiasts seem to want the freedom to get to the Aliens! We just hope they aren't like the ones from Mars Attacks. We would like to not have our heads attached to a chihuahua's body *!