He's still a legend in our book. 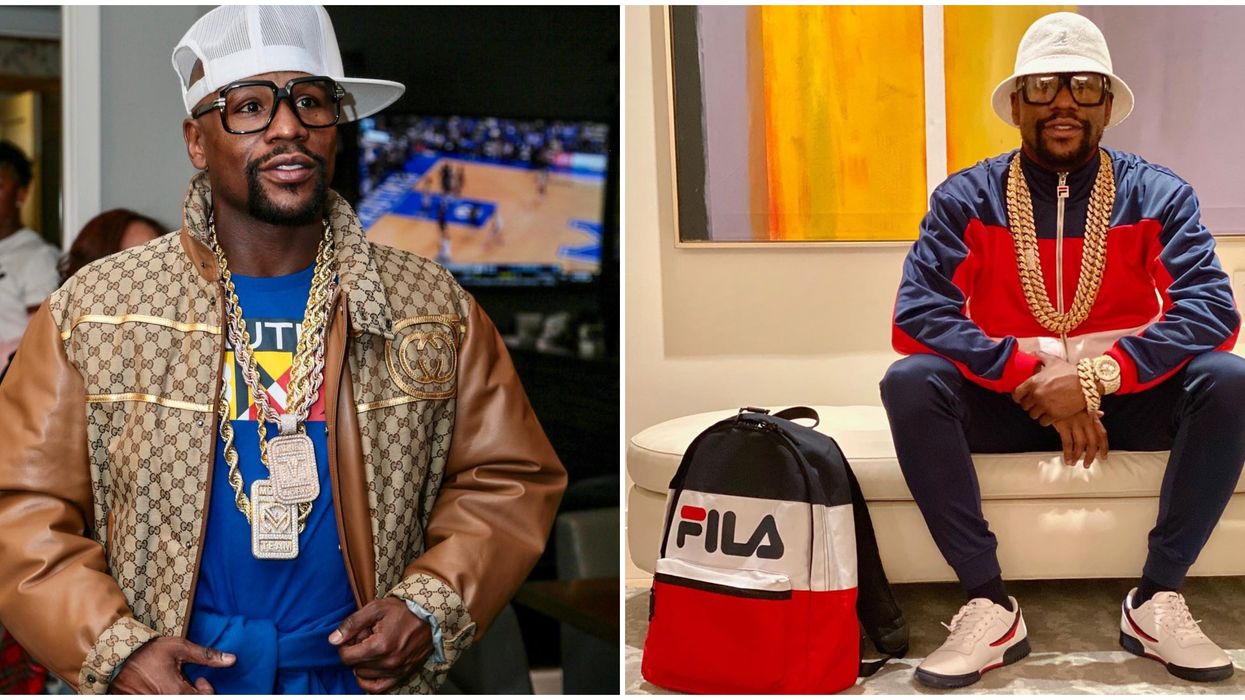 It comes as no surprise that celebrities flock to Sin City. It has some of the best nightlife and club scenes around. The former professional boxer Floyd Mayweather will visit Vegas next week as part of his public autograph signing. Following his announcement, many Twitter users are convinced that he won't be able to write his name.

On December 3, Floyd shared a flyer to his Twitter page confirming that he'll be hosting a signing event open to the public. It will take place on December 14, at 3:00 p.m. inside the Art of Music in the MGM Grand.

His caption read, "Vegas, come join me at my public autograph signing at the art of music inside the MGM on Dec. 14th."

Some fans were quick to respond by supporting the boxer. One wrote, "I wish to be there." With another saying, " I will love to go."

Many other users, however, seem convinced that Mayweather won't be able to write his name at the signing. A commenter wrote, "You can write?" Many others' chimed in and continued the thread, "Who wrote this for you chief."

It's unclear as to why some users are under the assumption the retired fighter is illiterate. There are many rumors circulating around that Conor McGregor started them during his promotional tour back in 2017.

One person even went to the extent of saying he can't write and that his autographs will probably be stamps.

Despite the insensitive comments, many fans seemed pleased that he'll be in town.

For their birthday, a user wrote, "I want your autograph @FloydMayweather for my birthday gift! 12/24 Please!! I’ll be in Vegas for UFC246 in January! I was just there at the end of October too, damn the luck! Huge fan of yours."

Hopefully, he doesn't take offense to these comments. And we hope Floyd is living his best life. He's probably too busy to read them anyways!

Especially since news broke that Mayweather will be hosting two 2020 fights. Names of his opponent and the location are TBD.

Whether it's an autograph, initial, or stamp, we'll happily take a signing from the legend himself.