If you've ever wanted spend a day in his head, now you can. 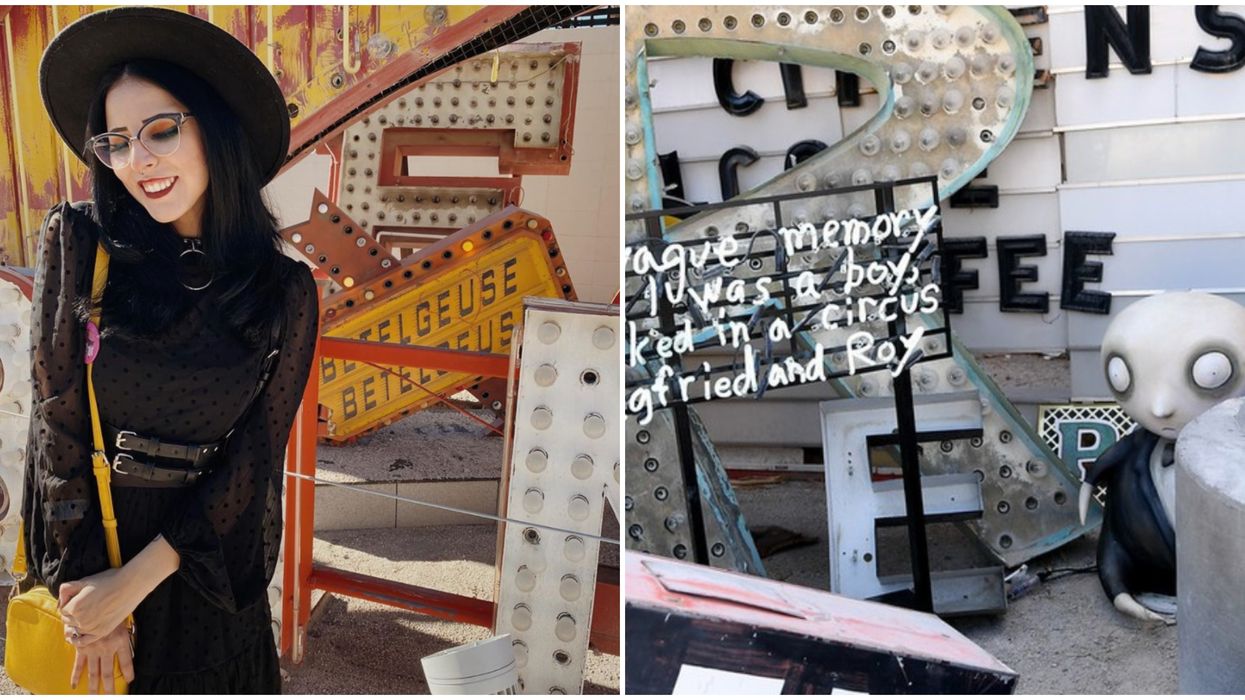 Just about everywhere in Vegas looks deserted, but the abandoned vibes suit the exhibit recently added to this famous attraction. The Neon Museum in Las Vegas featured a virtual tour of Tim Burton's exhibition, letting viewers dive into his whimsical imagination. The eerie additions make the quiet alleys look even more like something straight out of Beetlejuice.

Located downtown in Las Vegas, Nevada, the museum is home to relics of the city's past, including famous signs from well-known hotels that have since been demolished.

'Lost Vegas' pays homage to his famous film Mars Attacks, as well as other pieces from his imagination.

On April 10, 2020, the museum hosted a live virtual tour of Burton's works on their Facebook page, which are integrated into the alleyways that wind through iconic Vegas signs.

The exhibit marks the first time in ten years that his work has been featured in the U.S., and the inspiration was drawn from his 'childhood memories' of the city.

There are odes to his great cinematic masterpieces throughout, including the famous Betelgeuse sign and the Mars Attacks aliens.

The virtual tour talks about Burton's connections to Vegas, and how his strange imagination found a base in the city where more of his fantastical ideas came to life.

Hidden throughout his installations are glimpses into his past, all of which are on display throughout the virtual tour of the exhibit.

With so many hidden jewels throughout the video, it is almost as good as spending an afternoon inside the strange and hypnotic mind of the man himself.

The abandoned alleys and deserted installations add to the overall eerie effect, which is fitting to the mesmerizingly peculiar pieces scattered throughout the museum.

The thirty-minute video also visits other signs, touching on their backgrounds and showing why this historic landmark continues to be such a precious piece of Vegas culture.