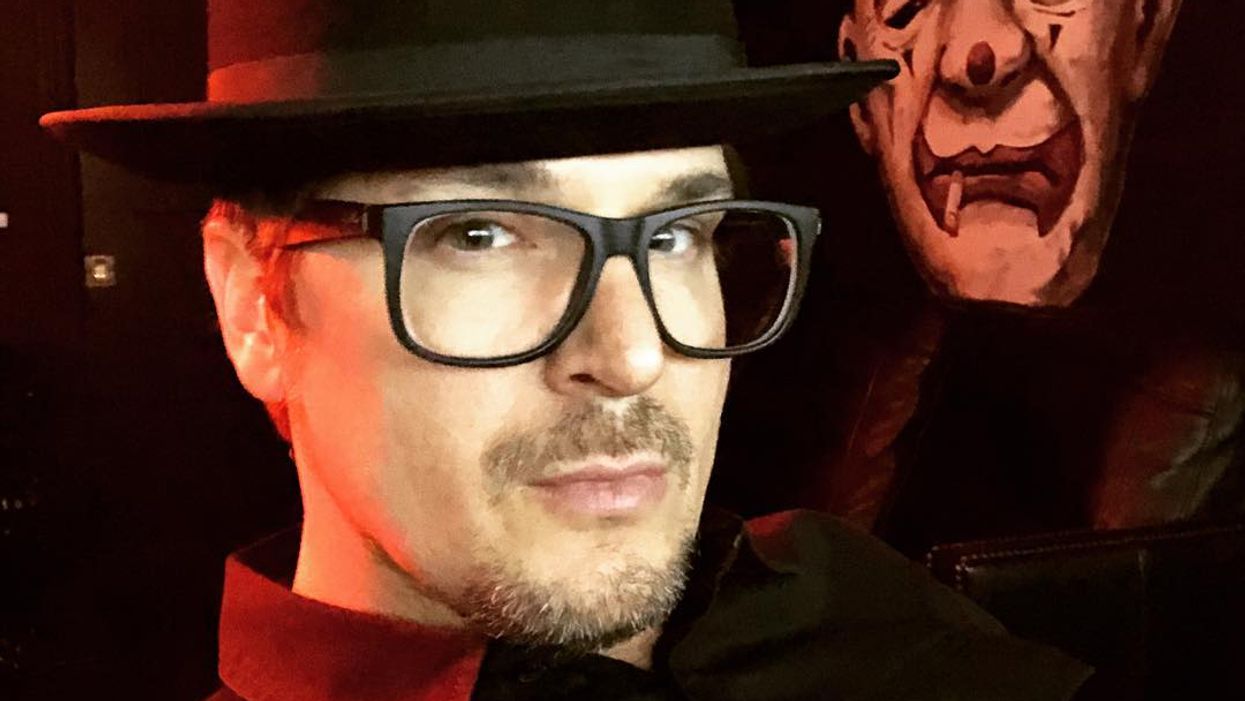 We all love a good ghost story and TBH, we love a good gossip one too. What we're dying to know is if Zak Bagans has a new girlfriend? Well, according to his latest Instagram post, that might be the case.

You might know him from his famous TV show, Ghost Adventures, where Zak and his team explore haunted destinations around the world. The travel channel show was such a success that the star even opened up his museum, Zak Bagans' The Haunted Museum in Las Vegas, Nevada.

Flash forward to today, when he posted a picture celebrating the release of his new book, Ghost Hunting For Dummies. In the picture, you see him smiling and casually holding the new paperback.

Many fans were quick to comment, congratulating him on his success, with one writing, "Doing big things!" While another wrote, "Congratulations I'm proud of you."

But the comment that stood out was posted by the former star of The Girls Next Door, and former Playboy bunny, Holly Madison.

Her comment read, "Ur cute BB." Many users were quick to reply, with one asking, "are y'all dating lol," while another person responded with, "I don't know who's luckier him or you."

Zak hasn't responded to Holly's compliment or curious fans asking if they're dating. All we know is that they would make such a cute couple.

On Holly's Instagram page, you'll see in her description box a line saying, "Future ghost 👻." If that isn't a sign that they're dating, then we don't know what is.

It could simply mean that she's a fan of the show, or perhaps engaged to Bagans. If that's the case, we wish we could attend that wedding. We'll be waiting for an invitation.