You might not want to wander the hallways of this hotel alone. 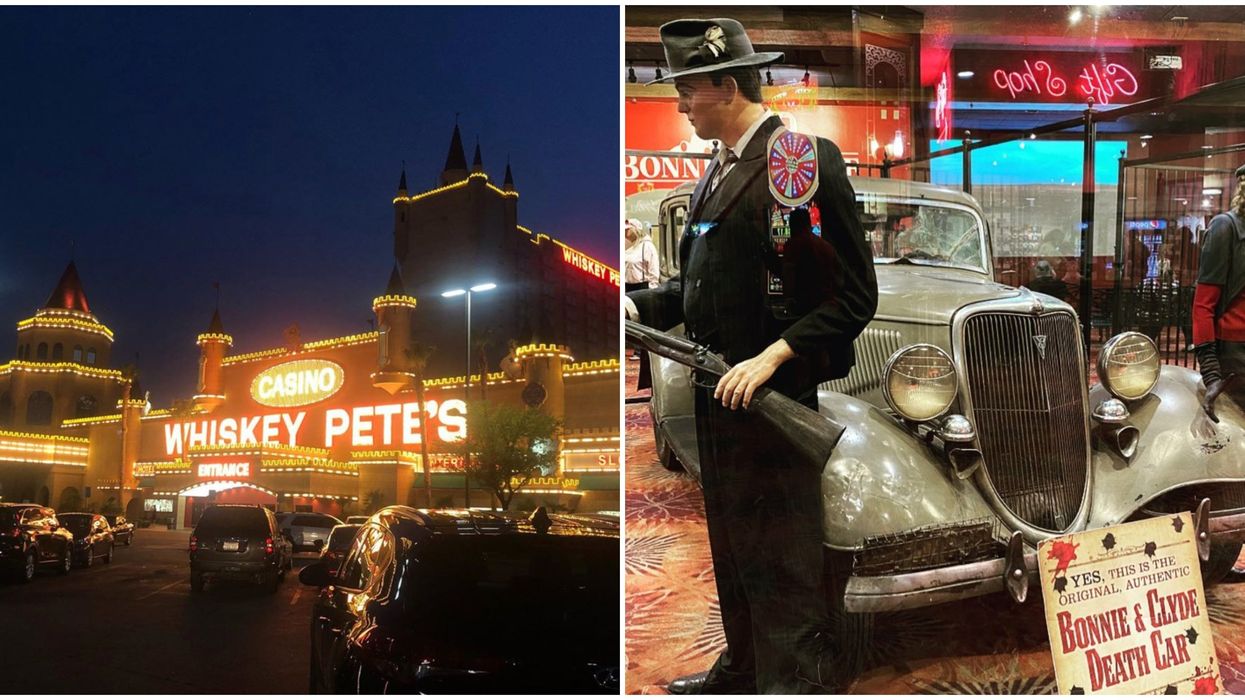 Nevada is ripe with spooks and spirits, especially with its rich history of gangsters, debauchery, and all things related. Whiskey Pete's Hotel outside of Las Vegas is one haunted hotel, with ghosts being regular visitors to the establishment. You can stay the night and get a different kind of thrill during your stay, perhaps, in the form of a ghost.

Whiskey Pete's Hotel is located just outside of Vegas in Primm. It was originally a service station, run by a man named Pete McIntyre. Everyone called him Whiskey Pete, and he was a known moonshiner.

Pete was a bootlegger who ran a speakeasy out of the service station for several years.

After he died, he was buried "standing up" in the side of a mountain, so that he could watch the comings and goings of his beloved service station.

When you visit Whiskey Pete's, the bustling casino is a far cry from the small service station it once was.

But one thing remains the same- Pete still keeps watch over the building, reportedly appearing to staff and visitors alike.

Some even say their empty gas tanks have been mysteriously refilled overnight, though this has never been proven.

You might catch a glimpse of the old miner while you are gambling on the casino floor or get the feeling of being watched as you walk around the hotel.

While you wander, you can also check out the Death Car of the famous couple Bonnie and Clyde.

Though there are no reliable sightings of them around the hotel, you may get an eerie feeling while looking at the car (which is riddled with bullet holes) where the two died.

Whiskey Pete was known to be cranky during his life, and his sordid past of making homemade moonshine and hosting speakeasy makes the casino an ideal haunting spot for him.

He might even stop by while you're there to share a whiskey or simply watch the comings and goings, much as he did when he was alive.

Why You Need To Go: You might catch a glimpse of Whiskey Pete's ghost while you gamble at this popular casino just outside of Vegas.