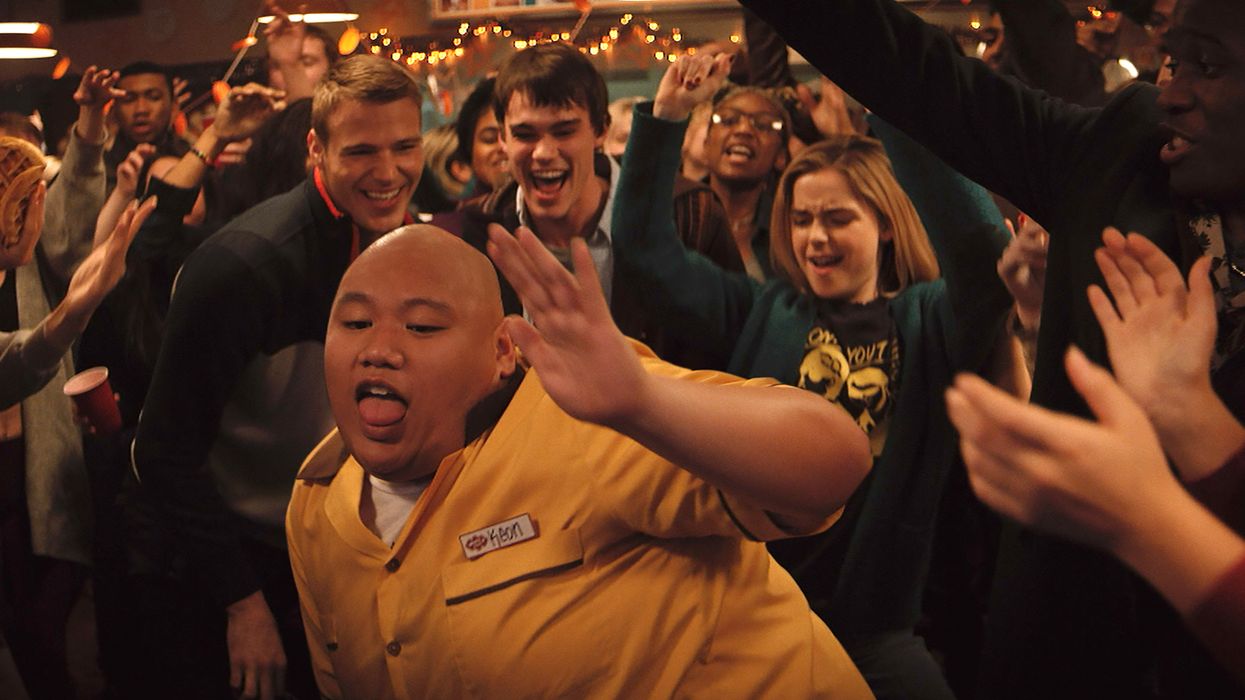 A few years ago, one of the most relevant things in pop culture was John Green and his collection of young adult novels. Books like The Fault In Our Stars and Paper Towns shaped our ideas of what life as a teenager should really be like, and when they were made into movies, we only loved them more. Recently, yet another John Green hit has been turned into a movie, and viewers are really loving it so far. Let It Snow on Netflix Canada is your must-watch for the weekend.

Early this year, Netflix announced that it would be adapting Green's novel Let It Snow into a movie, starring the likes of Kiernan Shipka (Chilling Adventures of Sabrina), Jacob Batalon (Spiderman: Homecoming), and many more.

If you've ever read the novel, you'll know that it's a coming of age story that takes place in a small town in the midst of a group of kids' senior year of high school. These kids are trying to plan for their futures while also balancing work, relationships, friendships, and everything else teens have to deal with these days.

Movies of this genre have been known to be cliche and cheesy, but according to those who have seen Let It Snow since it released today, they really nailed it, and the film is totally worth watching.

"Netflix should only make movies like Let It Snow from now on like why make something else for heaven's sake," one user gushed. "Let it snow is so adorable Netflix I want a sequel," added another.

Others are impressed with the film's diverse casting choices. One viewer tweeted, "I'm watching let it snow on Netflix right now and I just realized it's so easy to remember an ensemble cast's faces if it's not filled with white people."

The film has yet to be rated on Rotten Tomatoes and is currently sitting at a 6/10 on IMDb.

Next up on Netflix's holiday release schedule is the animated film Klaus, which drops on November 15. While you wait for that, be sure to watch the trailer for Let It Snow below.