He loves basic fall pictures as much as we do! 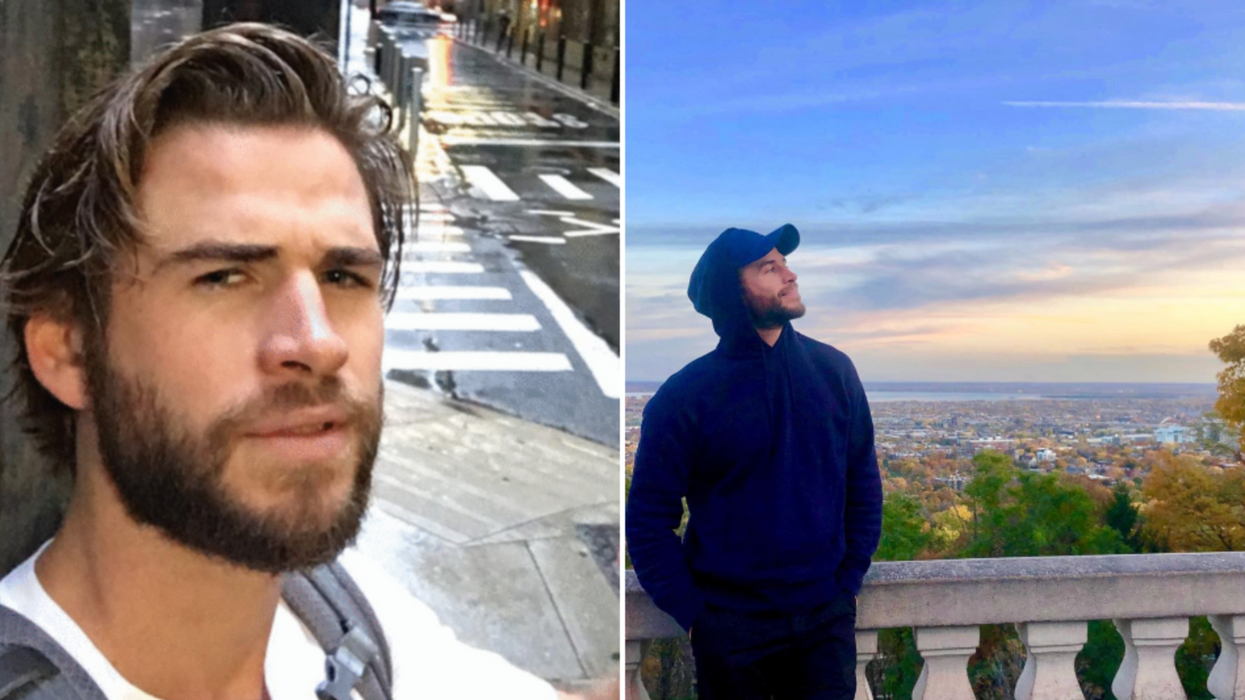 Liam Hemsworth is taking being a booked and busy actor to a whole other level. He's been jumping across Canada lately filming his new Quibo TV series called Dodge & Miles. We can't help but be jealous of how much of Canada he's exploring. His latest adventure is in Montreal. Liam Hemsworth's Montreal filming proves just how much he's loving Canada.

Just a few weeks back Hemsworth landed in Toronto where his Instagram literally showed him having the time of his life. His arrival in Canada came just days after the news of his split from Miley Cyrus, so it was a nice surprise to see how happy the Canadian city was making him.

His role in Dodge & Miles also had fans confused about his apparent separation. Because his character wears a wedding ring, fans were taken aback to see pictures of the actor in Toronto wearing the band on his left hand.

After Toronto, the production picked up and moved to Hamilton, Ontario where he posted an Instagram photo showing off some movie magic and the Canadian city:

"Night shoots in downtown Hamilton are very exciting. Piece of cake really... love from the #flagman."

Now that he's in Montreal he couldn't help but show off how beautiful the city is in the fall. He posted an Instagram photo of his iconic Montreal view, "Fresh and crispy fall in Montréal."

We'll take a room with this view, please!

There's no doubt now that Canadians will spend their time watching Dodge & Miles recognizing a bunch of iconic Canadian locations.

Dodge & Miles follows a terminally ill man and his pregnant wife. In one last attempt to protect his family and his life, he agrees to be a player in a deadly game. He soon discovers that the odds of the game are intentionally not in his favour.

We can't wait to see where Hemsworth's Canadian tour takes him next, maybe BC?