The logo is part of their new climate change campaign. 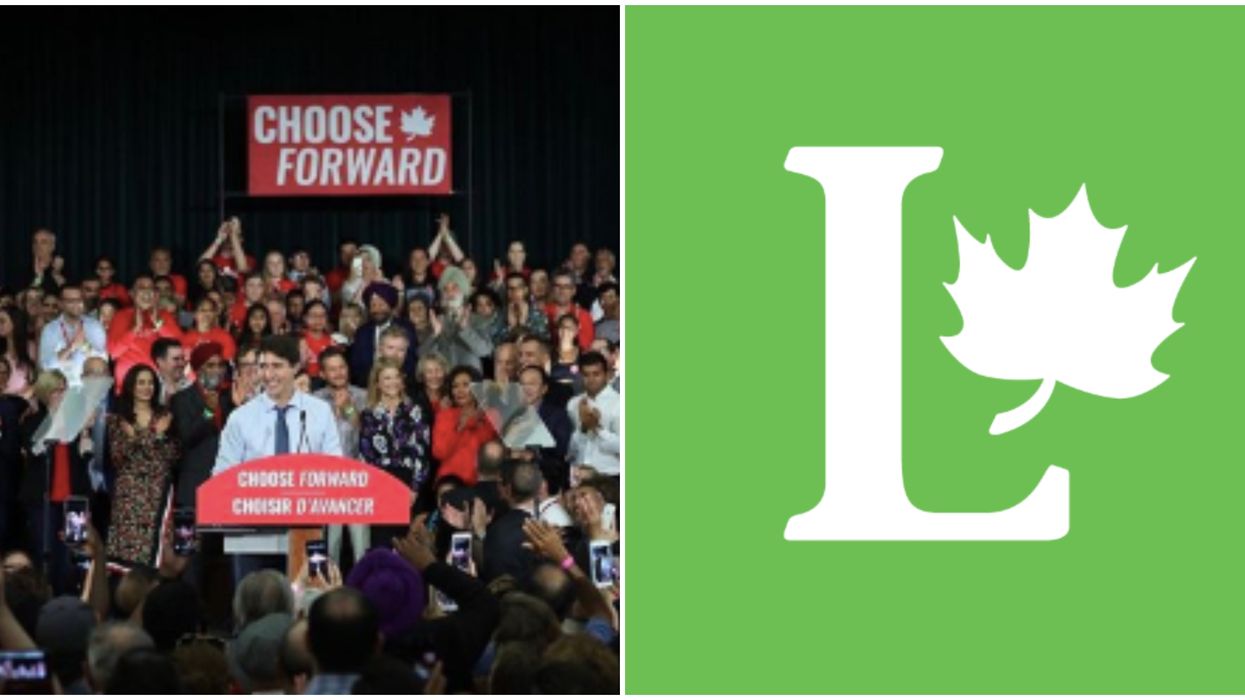 With federal elections right around the corner, all of Canada's political parties are currently in the spotlight. While all parties are currently campaigning across the nation, the Liberal's have been facing some backlash over their newest logo change. After changing the Liberal's logo green to support their climate change campaign, many Canadians feel that the logo is actually ripping off the Green Party.

Earlier this week, the Liberal Party announced their latest climate change plan that is set to reduce Canada's carbon emissions to net-zero by 2050. During a new campaign video, Trudeau states that their plan isn't perfect, but it will "reduce pollution and create jobs."

However, it seems that it wasn't just the latest video that the Liberal party is using to help highlight their new climate change campaign. On Tuesday, they also changed their logo across social media platforms.

The iconic red background that often highlights the white 'L' and Canadian maple leaf, was swapped to green across Twitter and Facebook.

In fact, on Facebook, the Liberal party made it clear that this new logo swap was connected to their new climate plan by stating, "Millions of people around the world are stepping up to demand leadership and change in tackling the climate crisis. We're listening, and taking action. This week, we'll share our vision and our plan for a cleaner, greener future for Canada and our planet."

While it appears that the Liberals made this change to show support and draw attention to their newest climate change campaign, it seems that a lot of Canadians aren't fond of this new logo.

Since the photo changed on Tuesday, many Canadians have been sharing their opinions on the logo, some even stating that it is ripping off the Green Party.

One Twitter user even stated, "Are the @CanadianGreens gonna change their logo to red now?"

If anything, this green logo by the @liberal_party is less about them stealing a page, and identity from the… https://t.co/r9LcfHtpYa
— James DiFiore (@James DiFiore)1569414427.0

@liberal_party why in God’s name is your logo the same as @CanadianGreens colours? Are you now just promising to b… https://t.co/TYcOqsar54
— daveaurkov (@daveaurkov)1569373509.0

While some Canadians think that the change in colour has to do with the Green Party, other's are more upset about the entire climate change plan and are pointing out some of the flaws in their new promise.

One Twitter user even states, "Oh neat you changed your logo does that mean we're not doing the pipeline anymore? Oh we're still doing that? So...literally nothing has changed."

Oh neat you changed you logo does that mean we're not doing the pipeline anymore? Oh we're still doing that? So..… https://t.co/LRovba3TuH
— Crommunist (@Crommunist)1569370437.0

@liberal_party @s_guilbeault The Liberal Party has been so busy stealing the other parties election promises and no… https://t.co/Fe9aQLrpKl
— DJ (@DJ)1569364953.0

Despite the hate, the Liberals are now promising to work with Canada to help reduce emissions throughout the next four years if re-elected.

Narcity has reached out to the Liberals for a comment about the new logo, but have yet to receive a response.