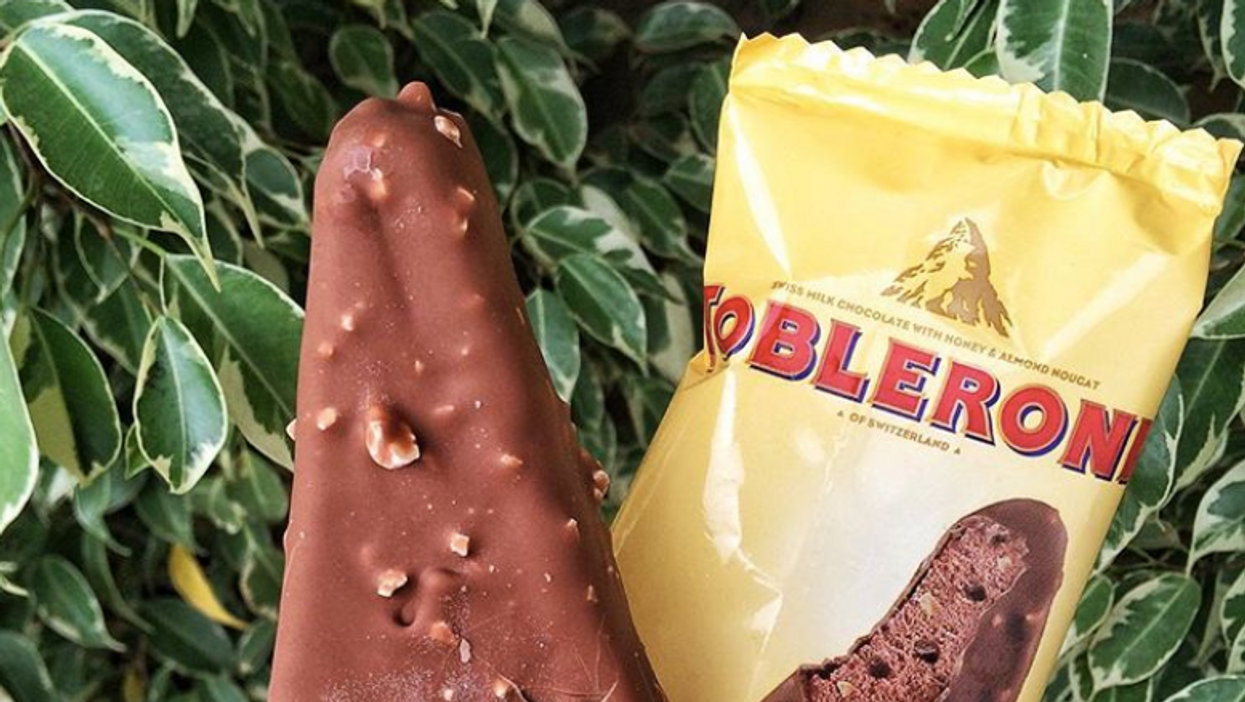 For everyone reading this that has a sweet tooth, you're welcome. Ice cream and chocolate bars scream happiness and when you put those two things together, our worlds change. While chocolate bars like Twix, Mars, and Snickers have already made their ice cream debut, there are still a few we're waiting for. One of them being Toblerone, but we don't have to wait any longer for that!

Theodore Tobler is the creator of Toblerone and half of the name is named after him, and the other half "torrone" is the Italian word for nougat. Put those two words together and you get Toblerone. His famous chocolate bar was made in 1909, and he believed that it would become very popular. Theodore was right, and it become the first patent milk chocolate bar with almonds and honey. These Toblerone bars come in packs of three, so you can share them or, of course, keep them for yourself for a late night snack. The only place this is available is in the UK, and it's been said that it will 100% not be making it's way to the US or any other country.

This delicious and addicting ice cream bar is £3 and they're available at Tesco and Asda stores.