Sophie Grégoire Trudeau will be there too! 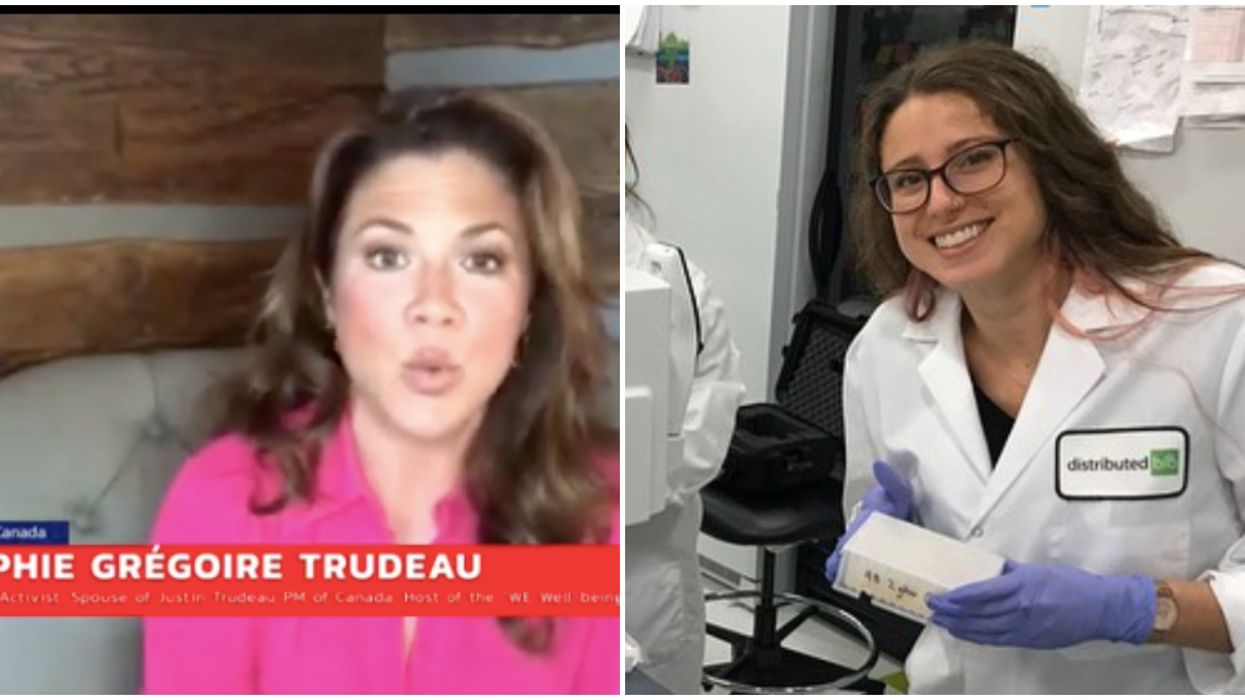 Science meets music. That's what the LIVEMEDAID show on Saturday night is trying to do. It's the lastest living room concert since the pandemic stopped lived shows from happening. However, this one has a major twist.

On top of the various musical performers in the line-up, this particular show is going to teach us a bit about science and the world too.

The show, which is in support of Doctors Without Borders will involve interviews and clips with top doctors, activists, and just generally smart people. A lot of them are from north of the border.

But this benefit is a global effort so there are a lot of other guests in the line-up too. These include world-renowned scientists like Dr. Jane Goddall and Neil DeGrasse Tyson, among others.

One of those others is Sarah Ives, a researcher whose work recently became famous when it was featured in the Netflix documentary Pandemic which came out in January.

It highlighted Ives and her team's research studying influenza and how the world could be on the brink of the health crisis.

While the timing of the doc, coming out right before this pandemic really struck the world is eerie, Ives told Narcity she never expected that crisis would be so close.

"I did not think it would happen this year," she said. "It's so easy to think oh yeah this could happen in the future but it's difficult to think I need to be prepared for this happening next month. I don't think anyone could have foreseen that."

But she says her Netflix show came just in time and showed people how interconnected we all are and underscored the importance of being prepared.

Her personal segment of the LIVEMEDAID benefit will be an interview-style, but the whole show will bring in a bunch of different perspectives.

"I like that they have people from multiple backgrounds like there's doctors, there's scientists, there's various thought leaders," Ives said.

"I think it's helpful because, in a time like this, we're fighting a war but the enemy is invisible so it's extremely isolating," she said. "It's really helpful to have a common hero or set of heroes, or just people that other people can look up to, to unite us and remind us that we're all in this together."

She also told Narcity that this event will help remind people that our individual actions not only affect our communities, but the whole country, continent, and even the world.

The pre-show starts at 6 PM ET on Saturday, May 9, with the main event running from 7-11 PM ET. While it's a long five-hour show, they have a whole schedule on their website so you can choose when to tune in.

Some of the other Canadians you can expect to see performing on the screen tonight are The Barenaked Ladies & Chris Hadfield, Metric, Shad Kabango, and Choir! Choir! Choir!

Things To Do Canada
Discover Narcity
Get the latest and greatest stories every day in your inbox.
Load More Articles