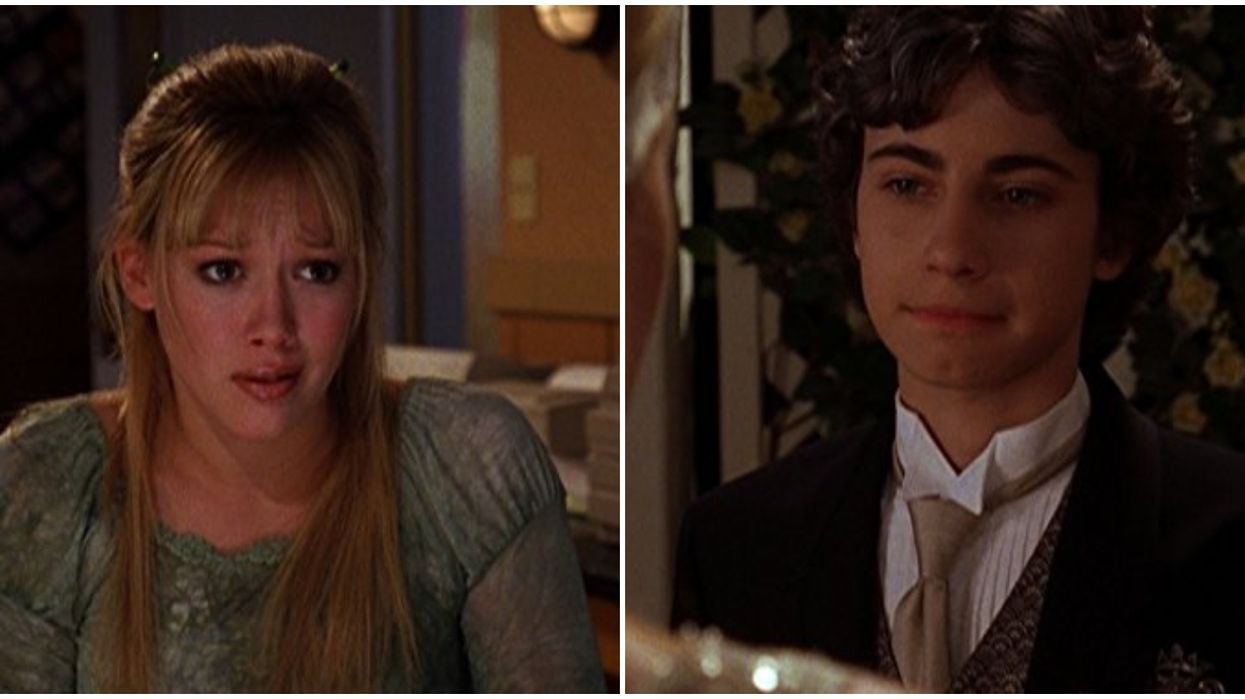 Any 2000s kid probably remembers all of the shows they used to watch on TV, especially their favourite Disney shows. Well, with Disney+ doing its job to rekindle that 2000s nostalgia, there may not have been any doubt that a Lizzie McGuire reboot would be happening. Now, there's even more excitement for the revamped show as a familiar face will be returning along with Lizzie herself.

Adam Lamberg, who played Lizzie's bestie Gordo on the show (and in the movie), will also be returning in the Disney+ reboot, and honestly, our tender 2000s hearts can barely handle it.

Duff shared an image on Instagram of her and Lamberg behind the scenes.

"[It] feels so basic saying something that’s been shouted at me almost my whole life buuuut......hey now, hey now✨," the caption reads.

We already knew that the Lizzie McGuire reboot would pick up with Lizzie in her 30s, living and working in New York City.

We also knew that the new show would be bringing back all of the actors who played Lizzie's family in the original series.

Knowing that Adam Lamberg will be joining the cast just brings the reboot that much closer to a full-on cast reunion (and that includes Lizzie's animated alter-ego)!

As anyone who saw The Lizzie McGuire Movie will remember, Gordo confessed his romantic feelings for Lizzie, and the two shared a kiss (how romantic).

Hillary Duff just posted this photo and it’s giving me mad throwback vibes and getting me so excited for the Lizzie… https://t.co/9AueIlfRSP
— Liz Kielly (@Liz Kielly)1574271607.0

However, Gordo and Lizzie did not wind up together as adults, as Lizzie is actually married to someone else in the reboot. Duff told Vulture that she thought this was actually a good thing.

"I feel like them not being together is what was so good," Duff said.

"It’s that one person that you’re like, 'Was he the one? Is it ever going to be?' You’re always kind of wondering."

GORDO IS BACK FOR THE LIZZIE MCGUIRE REBOOT! I CAAAAAANNNNNNN'TTTTTTTTTT https://t.co/CFneldG9gH
— Brittany (@Brittany)1574269044.0

Now, with the announcement that Lamberg will be making his return to Lizzie's world, it's anyone's guess as to what kind of role Gordo will play.

"Gordo was an essential piece of the puzzle to what made the original Lizzie McGuire so authentic and beloved," Duff told Variety.

"I couldn’t imagine the series without him. I can’t wait for fans to see what he’s up to 15 years later and how he fits into Lizzie’s adult world."

The Lizzie McGuire reboot will premiere on Disney+ in 2020.