Lizzo's Reaction On Disneyland's Space Mountain Is All Of Us

The self-love queen had a blast! 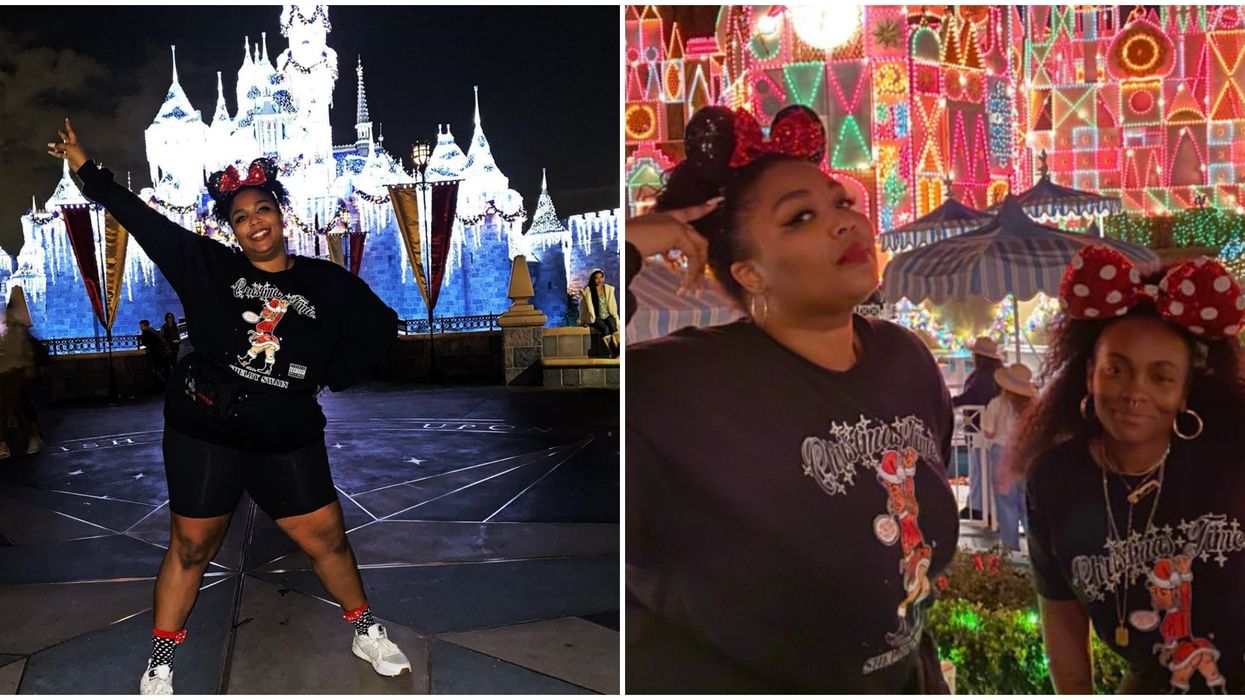 If you’ve never spent a Friday night dancing in your kitchen to Lizzo and drinking wine, you’re doing it all wrong. TBH, we could all take a few tips from the self-love queen. Lizzo celebrated her sister’s birthday at Disneyland and her own 8 Grammy nominations. Yes, you read that right.

Last night, she posted adorable videos on her Instagram story of her BFFs dancing to NSYNC's Bye Bye Bye in a decked party limo on their way to the theme park. We're getting all sorts of '90s nostalgia flooding back.

The group all sang Lizzo's sister Happy Birthday and gave her a cake covered in lit candles. The limo ride was so cute, but it looks like their time at the park was even better.

Lizzo bought herself a pair of super glittery Minnie Mouse ears and took a selfie with friends in their matching ears. After, she posed in front of a lit Christmas tree for the ultimate holiday envy pic.

They spent an entire night at the park, hitting up rides like  Guardians of the Galaxy - Mission: Breakout and The Matterhorn Bobsleds.

According to TMZ, they splurged on a VIP tour guide to cut all the long lines.

While she smiled before all the rides, it seems like Space Mountain was the highlight. Lizzo took a video with her sis before boarding the ride looking super excited.

But the pics after have us dying of laughter. Her reaction is seriously all of us.

Space Mountain has always been that ride we all had a love-hate relationship with as a kid. And it looks like some things never change.

Just look at these pics. It's so pure. While everyone else on the ride was smiling, Lizzo's face tells it all.

We get it. Who can look perfect on a 26-foot drop?

After Space Mountain, Lizzo treated herself to a holiday churro and went on "It's A Small World" to see the park's new additions as her fam belted out Christmas classics.

At the end of it all, they took a cute family picture by the Christmas tree and wrapped up the night. While we're bummed that we missed her, we're glad they all had such a good time. Catch you next time, Lizzo!