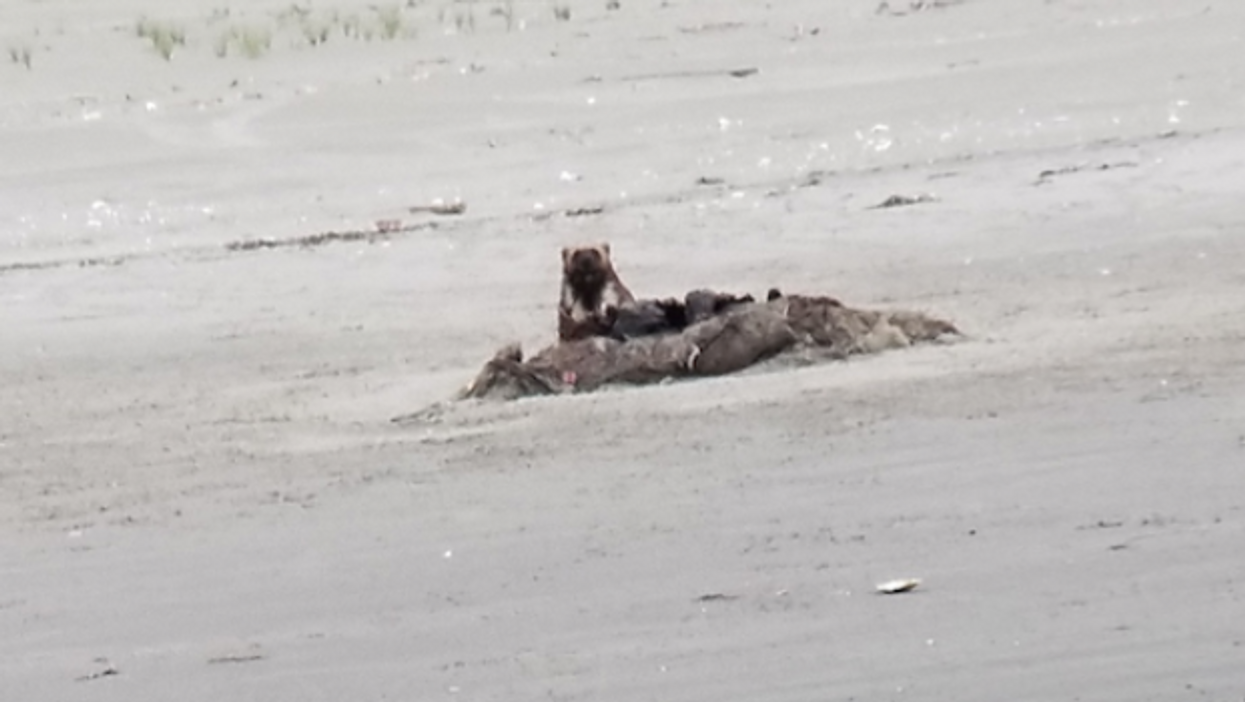 A strange occurrence happened over the weekend. Jennifer Henry caught a glimpse of one of the state's most elusive and rare creatures. A potential wolverine sighting at Long Beach Peninsula in Washington led her to call the Washington Department of Fish and Wildlife for confirmation. Shortly after, the biologists at WDFW confirmed that it was indeed a wolverine.

It's true, the little wolverine went rogue and had made its way down to the beach, which is "way outside of the beaten path" for the animal, said Jeff Lewis, a mesocarnivore conservation biologist with WDFW, who spoke with CNN.

Even more surprising is that there are only about 20 of these mammals throughout the entirety of Washington state and can usually be found “roaming in the remote mountainous areas of the North Cascades.”

The little creature was definitely far away from its natural habitat.

Moreover, these animals aren't just rare in Washington; they are rare all over the United States.

"Scientists believe that there are only 300 of the species left in the contiguous US.” Because of trapping and loss of habitat, this animal population has been shrinking, says the Center for Biological Diversity.

And this wasn't the last time this little guy was found wandering around the area.

Over in Naselle, a town east of the Long Beach Peninsula, Jacob Eaton spotted and snagged two photos of a wolverine running around, and sent them off to WFDW for confirmation.

Because of the "oddball nature of these observations, it seems likely this is the same animal," said Lewis.

So if you’re wondering how you can spot one of these rare and elusive creatures, you might have to turn to the WDFW website for their physical description.

“Wolverines are the largest terrestrial member of the weasel family and it can resemble a small bear with a bushy tail. The animal is stocky with short, rounded ears, small eyes, and large feet that are useful for shoveling snow.”

We hope this little fella enjoyed its beach day.