Turns out, they really are just “Ordinary People.” 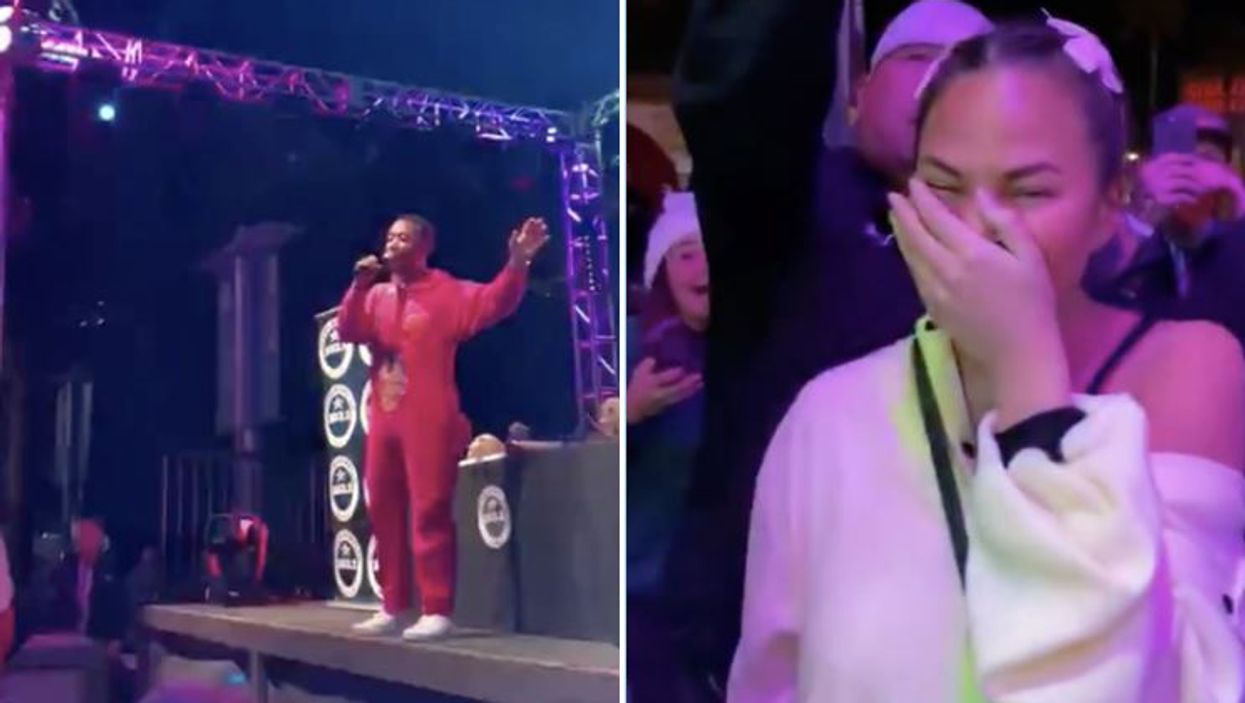 We all love a good celeb story. We can’t get enough of Chrissy and John this week. John Legend drunk singing an impromptu show at Universal Studios was everything. Naturally, Chrissy  had the best reaction.

Hey, if we were winners of a Grammy, Emmy, Oscar, and Tony too, we'd perform impromptu shows all the time. The man is seriously a legend (*wink wink*).

In a comment below the video, she wrote: “The whole thing was supposed to be a joke that literally no one was watching or at the stage but then he got on stage and was like ITS ME JOHN LEGEND.”

Everyone in the crowd was cheering and busting up laughing. This pic shows Chrissy laughing so hard and covering her mouth. Everything about it is adorable.

We can’t get over the red onesie he’s wearing with his own face on it. It gets even better. The song playing in the background isn't even "All of Me," but John runs with it.

At one point, he even forgets the words to his own song and sings “I give my all to me," smiling throughout the whole performance.

Leave it to Chrissy to make the video go even more viral. The queen of Instagram and Twitter has quite the following. So far, the video has got over 376k Twitter likes and counting.

It seems like the world just can’t get enough of this iconic duo and we can’t blame them, TBH. John hasn’t responded to her tweet yet, but we’ll be keeping an eye open for some cute, witty banter.