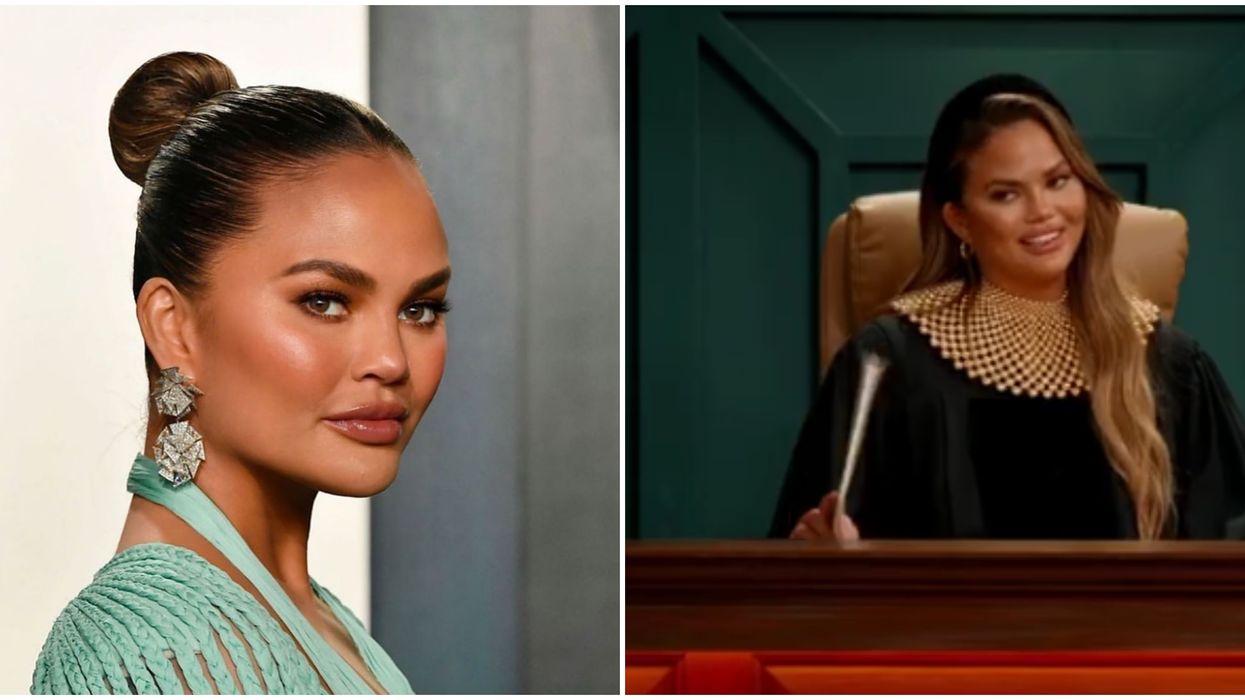 As we all know, Chrissy Teigen is the queen of sass and comebacks. The supermodel, Instagram legend, and mom of two has a lot to say, and fans love that she never holds back. If you've always thought she needed a show, you might want to take a seat. Chrissy's Court is airing soon and she's basically the new Judge Judy.

This is the only time we've ever wanted to sign up for jury duty. Since it filmed in Glendale, California, we're keeping our fingers crossed for the opportunity to see it IRL.

Okay, it's time to spill the tea.

If you've been a little out of the loop, Judge Judy recently announced the show is ending after twenty-five seasons to focus on a whole new series.

So, there's a whole new people's court in town.

Her show is all set to launch on April 6 with Quibi. There will be ten short episodes, each lasting about 10 minutes long.

From the looks of her Instagram, Teigen's all about it.

When describing the show last year, she announced her excitement in the true Chrissy style. "LADIES AND GENTLEMAN, SMALL CLAIMS COURT JUST GOT A LITTLE MORE PETTY."

If you think this couldn't possibly get any better, wait.

Her mom, "Pepper Thai," will also be starring in the show as the bailiff. Chrissy confirmed it herself, saying, "my mom is the bailiff, and I cannot wait for her to say, “HEY YOU TALK TO THE JUDGE NOT EACH OTHER” and basically take selfies the entire time."

my mom is the bailiff and I cannot wait for her to say “HEY YOU TALK TO THE JUDGE NOT EACH OTHER” and basically take selfies the entire time
— chrissy teigen (@chrissy teigen)1558639140.0

She went on to say that her court would be the perfect place to let out any grievances you may be feeling. "If you’re mad about some petty a** sh*t and wanna take that person to court, you let us know."

Either way, we're excited to see her rule out some sass in an official judge's robe. Let the games begin!