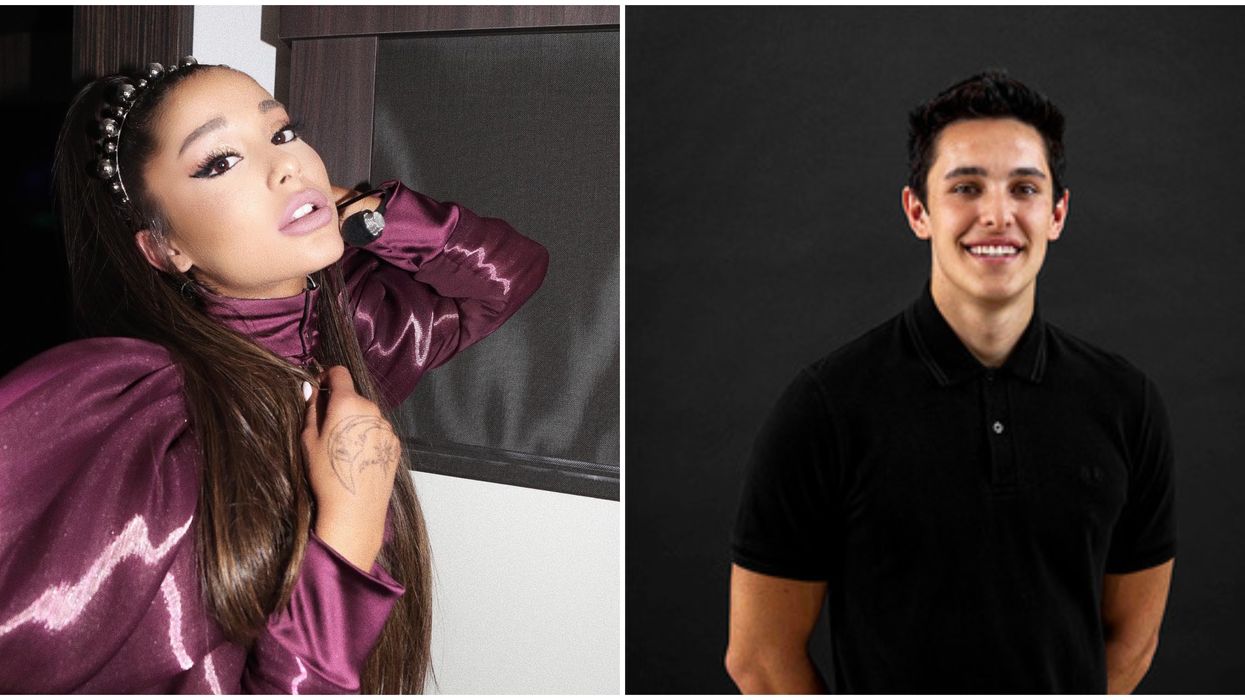 Thank you, next. Ariana is making some power moves and that just might include her dating life. Rumors are flying and it seems the queen of pop just might have a new man in her life. Could Dalton Gomez and Ariana Grande be Hollywood's hot new couple?

If you need to play a little catch-up, here's the tea.

Do you remember when Ariana was seen making out with a mystery man on Valentine's Day in a Northridge, California bar? Well, eagle-eyed fans just might have figured out who that was.

According to TMZ, the man she was seen with is actually her boyfriend of several months, Los Angeles luxury real estate agent, Dalton Gomez.

While neither Ariana nor Dalton has confirmed the possible romance, there are some pretty interesting snaps from behind the scenes.

Ariana follows Gomez on his Instagram page and several of her friends do too.

On March 21, Ariana posted several Instagram stories where Dalton and his brother Dakota and dog Toulouse were clearly seen in the background.

He has since set his Instagram account to private, but that hasn't stopped him from gushing over her.

According to The Daily Mirror, they have the same circle of friends. Fans have noted that he helped her find her current Los Angeles home.

After all, Dalton's status with luxury real estate property could put him in touch with the stars. He's even posted a photo hanging out with Miley Cyrus before.

While their relationship is still TBD at this point, we can't wait to see what happens next. Here's to hoping Ariana posts a cute 'lucky in love' snap soon to bless our feeds.