That's what makes him beautiful. 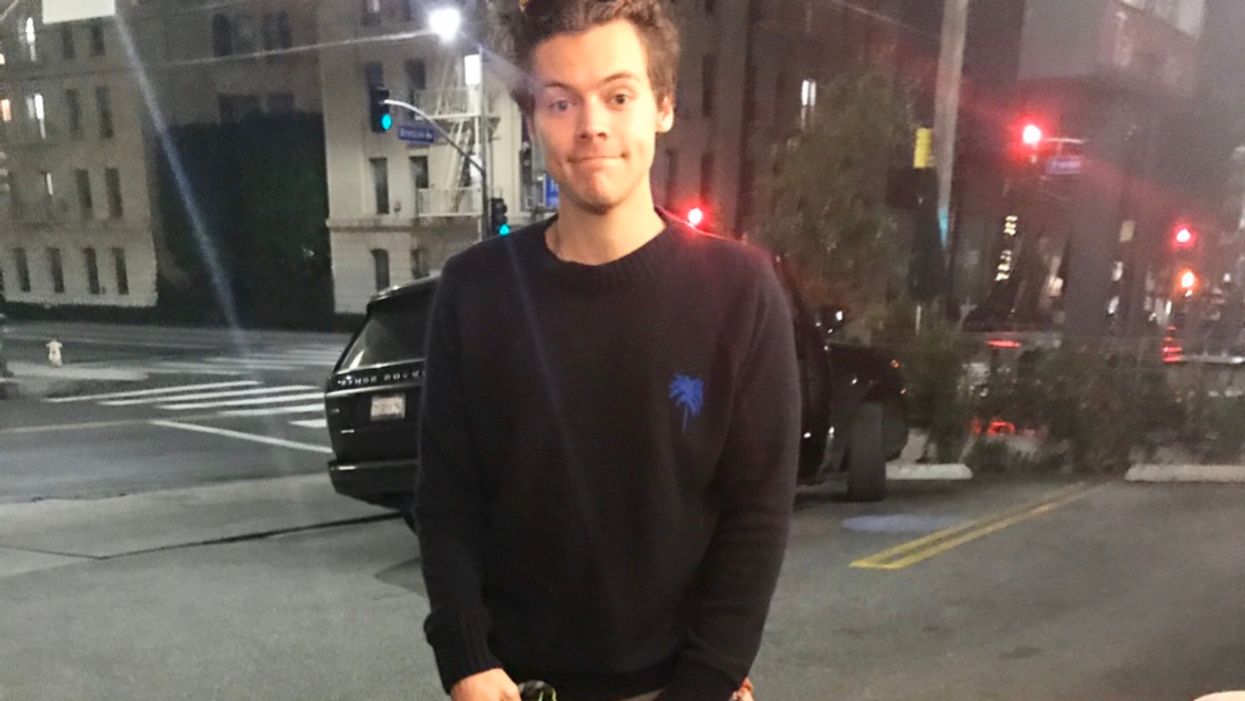 We all love a good dog story and we're pretty sure this one is the cutest thing we've ever seen. Harry Styles watching a stranger's dog in Hollywood is enough to make anyone's heart melt. Could this get any cuter?

It all happened when Rory Carroll, a Los Angeles sports correspondent was walking his pup in the city. He tweeted, "I was outside a restaurant in Hollywood trying to pick up my take-out order but couldn’t go in because I was with my puppy. Harry Styles saw my predicament, tapped me on the shoulder and said he could watch Oscar while I went in.”

The sports reporter also blessed us with a photo of the iconic “Watermelon Sugar” singer, 25, holding his adorable Labrador Retriever. What did we do to deserve this goodness? *Cries - It's SO pure!*

Psst. If you're ever dreaming Styles could watch your pup, maybe head down to The Oaks Gourmet Market where he was spotted.

Looking at the picture, we honestly don't know who's cuter - Oscar or Styles. It seems like both of them have mastered the puppy pout.

Rory posted the tweet yesterday, and it already has 52.9K likes and counting (duh). The comments underneath are hilarious.

@yusufyuie I was outside a restaurant in Hollywood trying to pick up my take out order but couldn’t go in because I… https://t.co/0lOT3cMTOa
— Rory Carroll (@Rory Carroll)1578541036.0

The top comment from a fan reads "sir you’re going to have to tell us when this was." We can't blame her, tbh.

Another says "strong boyfriend vibes from this one."

When the British pop star isn't holding random stranger's dogs outside a market, he's been busy working on his new album, Fine Line.

Rumor has it, there could also be a One Direction reunion in the near future.

During the monologue of his Saturday Night Live gig last November, Harry said, "I was in a band called One Direction. How crazy would it be if they were here tonight? Well, they’re not though. Wouldn’t it be crazy if they were though? They’re not.”

While a reunion would be absolutely magical, we'll just bide our time by fangirling over this dreamy pic. Brb.