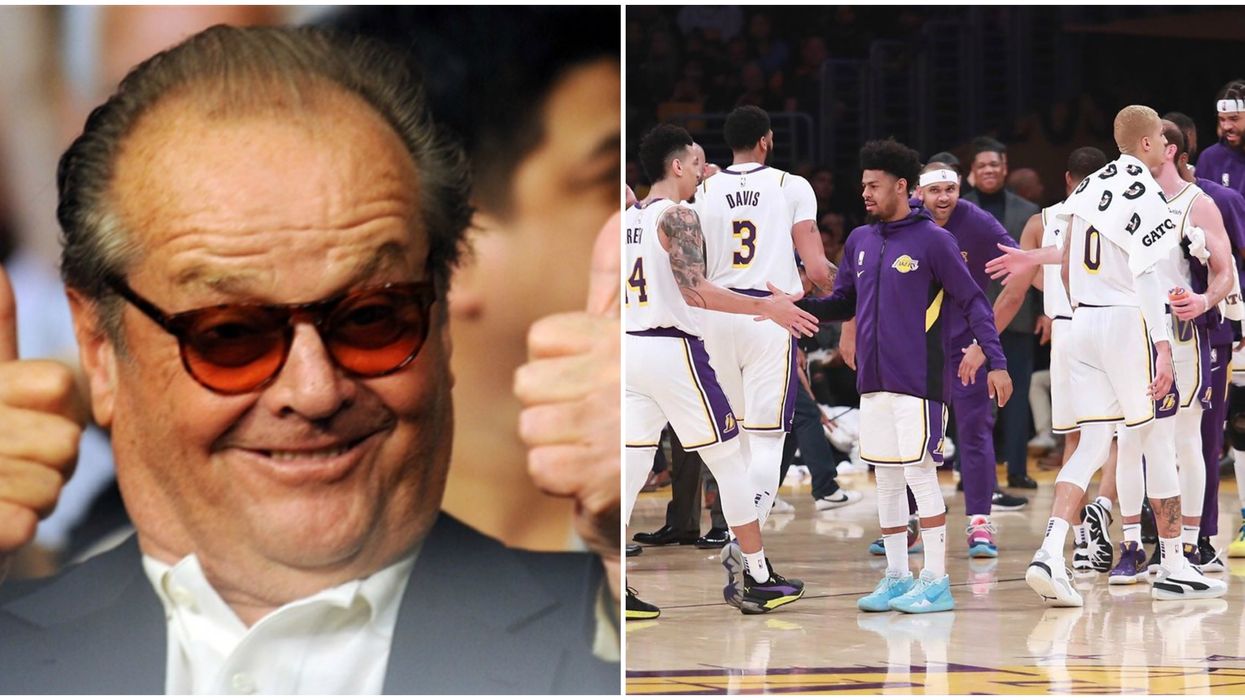 To everyone's surprise, there was a rare Jack Nicholson sighting at the Staples Center last night in Los Angeles. Fans, players, and everyone was shocked to see the long-time Lakers fan in attendance. But when you think that the famous actor is now 82-years old, it makes all of us feel like we've aged a lot too. Wait till you see the pictures taken during this rare Jack Nicholson Lakers appearance.

Jack was spotted at last night's game sitting with his son Ray Nicholson, who frequently joins his dad for sporting events.

The Hollywood legend was also seen posing for a picture with Canadian rapper Tory Lanez and fashion entrepreneur Umar Kamani, who just happened to be sitting right next to the acting star courtside.

Jack is well-known for being a die-hard Lakers fan, but he hasn't been spotted at any games in quite some time.

In fact, it's been years!

A few years ago when the Lakers weren't doing so hot, Nicholson simply stopped going to games because the team was pretty hard to watch.

As the team is doing great this season (*cough cough* thanks to Lebron James and Anthony Davis), Jack decided to return to his old stomping grounds to support his squad.

Jack is still the actor we all know and love, but many are shocked at what he looks like today!

However, as we remember young Jack in The Shining and As Good As It Gets, that same Jack is now 82-years old!

Check out these pics from last night's game:

There's that smile we've all grown to love.

It's been a while, Jack!

The star-packed audience seemed to provide some good luck for the Lakers as they went on to blow out the New York Knicks 117 - 87.

Aside from just rejoining Lakers fandom, Jack seems to be soaking up the perks of retirement.

According to his grandson and actor Duke Nicholson, Jack is "doing just fine. He's just committed to retirement," Duke stated in an interview with The Hollywood Reporter.

It's awesome to see that Jack is doing well, and we hope to see him repping his Lakers more often!