What happened was shocking! 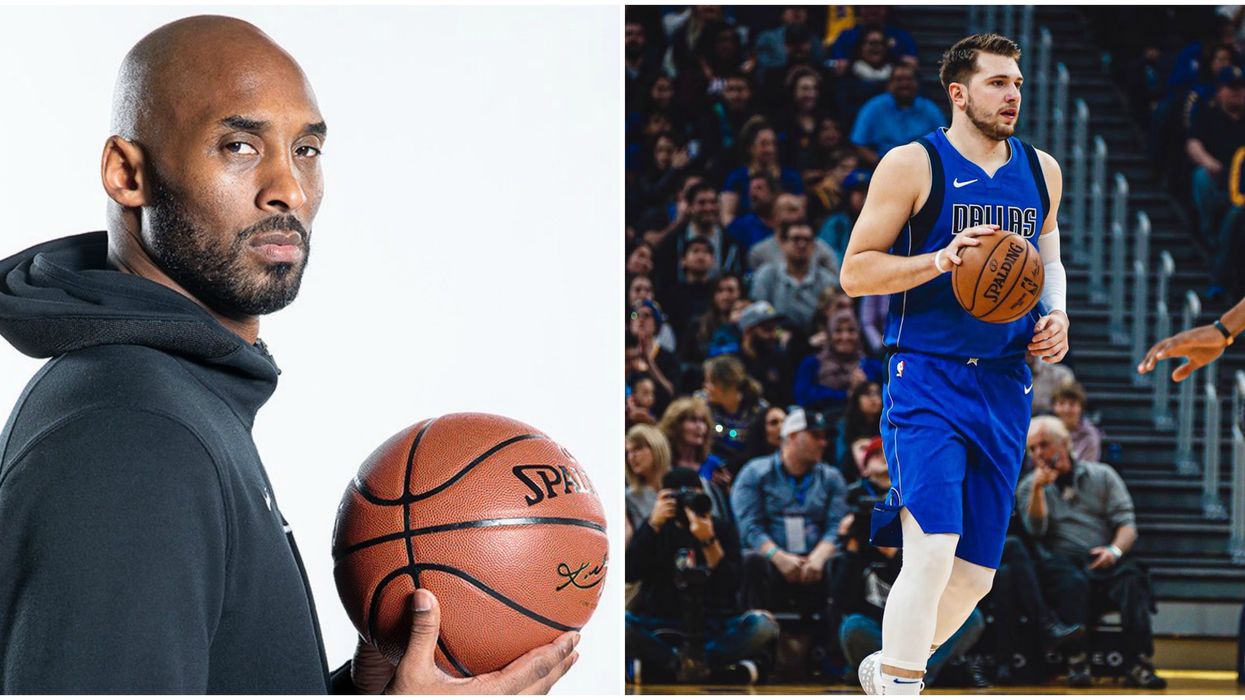 During the Lakers vs. Dallas Mavericks game last night in Los Angeles, young star, Luka Doncic heard comments from someone in the crowd. But these words weren't from the average fan; they were from NBA legend, Kobe Bryant. He actually was trash-talking Luka in his native language, Slovenian. This Kobe Bryant Luka Doncic moment is a must-see!

During the game, Doncic was inbounding the ball when he heard Kobe Bryant throw some words his way. As he heard these comments in his native language, the Slovenian star shook.

The Mavericks player wasn't just surprised at what Kobe said, but how he said it.

During a postgame interview, Doncic explained that Kobe said his comments in Slovenian, which is Luka's native language.

This made Doncic pretty shocked.

“He was talking Slovenian,” Doncic said during the interview. “So I was like ‘Who’s talking my language?’ I looked over and I was truly surprised,” he added.

This was all friendly trash-talking, and the two even shared a dap after the Slovenian talk was thrown at Doncic.

Although we don't know for sure on what was said, the ESPN broadcasters claim that there was a bit of trash-talking coming from Kobe.

If we know anything about Kobe, he sure loves taking shots at other players. Especially if they're on the opposing team.

Despite the jests, it was all fun and games in LA on Sunday night. Luka even took postgame pictures with Kobe and his daughter.

Kobe Bryant is no stranger to other languages. In fact, the Laker star is fluent in Italian and Spanish.

When Kobe was playing, he even sometimes talked to his teammates in Spanish so the opposition couldn't understand what he was saying.

We can only speculate on what Kobe said to Doncic, but we're pretty impressed at how Bryant is learning other languages to heckle players from the sideline.