He got inked right after posting a tribute photo to Kobe & Gigi. 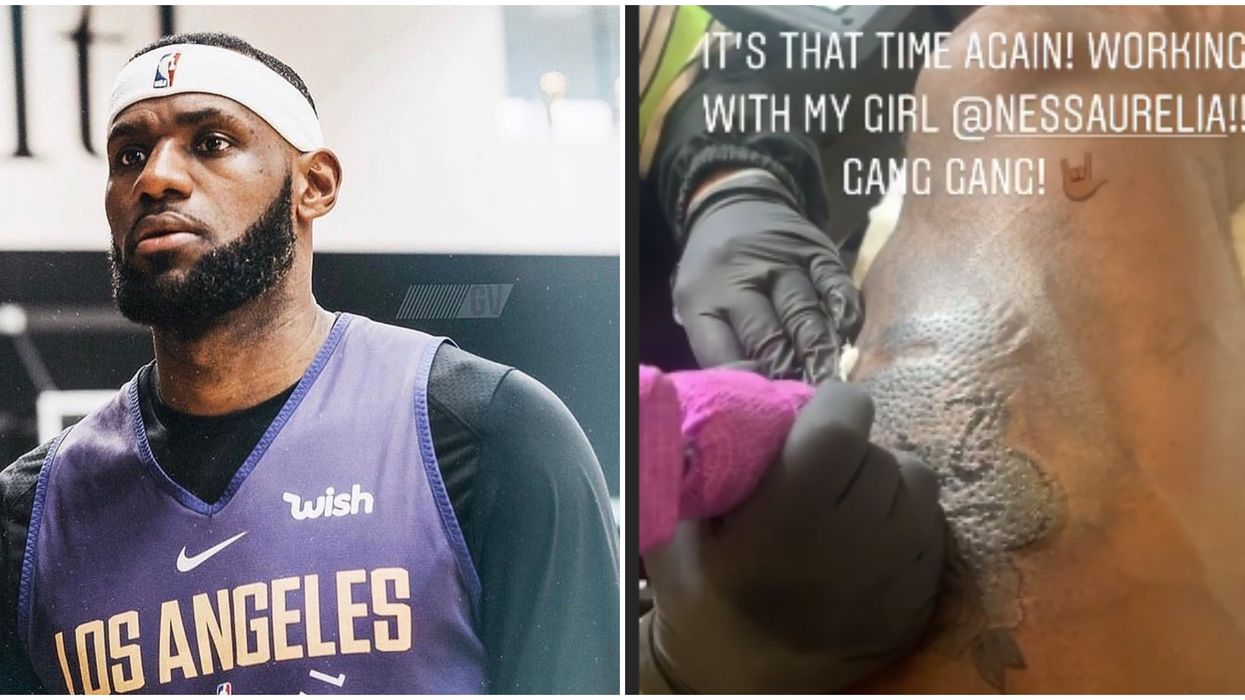 It's no secret that Lebron and Kobe were good friends. With the tragic passing of Bryant and his thirteen-year-old daughter Gigi this past weekend, James decided to show his dedication to the great Kobe legacy. He just got inked and this Lebron James' Kobe tattoo has us reaching for our tissues.

Last night, Lebron posted a video on his Instagram story while he was getting a new tattoo. We have to admit - It totally looks like a black mamba.

James tagged the tattoo artist, Vanessa Aurelia, who is based out of Riverside, California. She tagged him in her story as well, commenting, "King James my man until next time ball out" with a snake, purple and yellow hearts, and a basketball emoiji.

While neither of them has posted a picture of the finished tattoo yet, we can't wait to see the final product.

Lebron wasn't the only one getting inked up for Kobe.

Fellow teammate Anthony Davis also posted an Instagram story that shows him getting a similar tattoo by the same artist with what appears to be purple ink.

While we haven't heard any more details about the tattoos and what they stand for, it could be a tribute to Kobe.

While the tattoos aren't finished yet, from the photos, these tattoos are aimed at paying tribute to the fallen basketball superhero.

Some Twitter users are also guessing what the ink could be.

Kobe Bryant, his daughter, and seven other people tragically lost their lives in a helicopter crash on Sunday morning.

Since the horrific event took place, players, coaches, and fans all around the world have talked about the impact Kobe had on their lives.

While many believe life without Kobe will never be the same, Lebron and Davis are making sure that their friend and teammate will always be with them.