Lizzo's Personal Trainer Is Totally Hot & These Photos Prove It 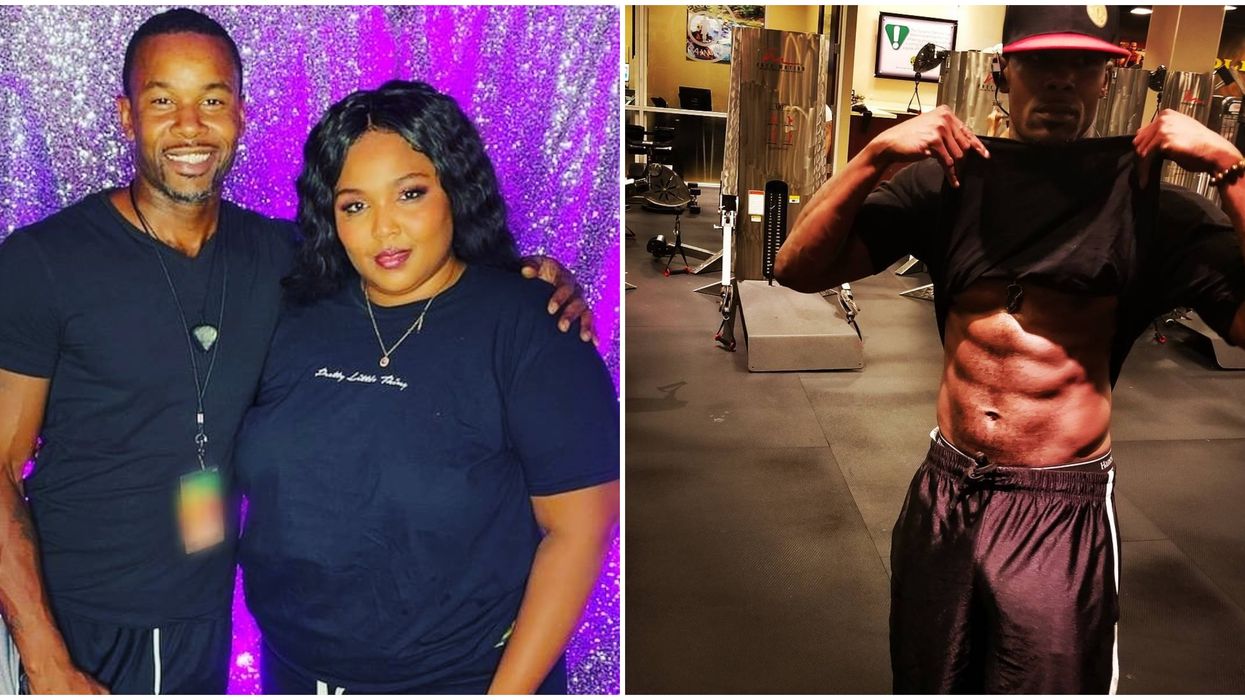 So yesterday, everyone's favorite bop princess posted an Instagram story of her workout where she received a massage from her fitness coach. While normally our eyes are all on her glam and self-love, we couldn't help but notice the total hunk standing beside her. Let's just come out and say it - Lizzo's personal trainer is totally hot.

I mean, it's hard to avoid focusing in on his chiseled face and bulging biceps, right?

Thankfully, she tagged his account, so single folks everywhere can look him up and gawk. There are plenty of eye-candy type photos to see.

Marcus Ely (aka Mr. Dreamboat) is not only the personal trainer and therapist for Queen Lizzo, but he's also a licensed massage therapist and all around health educator with the National Holistic Institute.

First of all, he's totally ripped. I mean come, on. Who has abs like that? Is that an eight pack? As an LA local, he frequents many of the gyms there, including Gold's Gym Downtown Los Angeles and the SoCal location.

It looks like we might just have to make a stop by Santa Monica's Muscle Beach now too.

Okay, moving on. He's also a softie for dogs. He has the cutest fluffy white dog named Bae (aka Babycakes). Isn't this the sweetest ball of fluff you've ever seen? *Our hearts!*

Besides being an animal lover, he's a work hard, play hard kinda guy. Several photos across his Insta show him goofing off with Lizzo and friends, evening posing with super sugary lollipop and cupcake topped milkshakes!

But it looks like Lizzo's not the only celebrity that he hangs out with on the daily. He's also posted a pic with Netflix comedian and ultimate funny girl, Tiffany Haddish. With his celebrity friends and talent for training, it looks like Marcus is seriously going places.

If you want to book a personal training sesh with him and work on your fitness goals, his website has a contact page where you can get in touch and talk about all things goals.