Here's how they met. 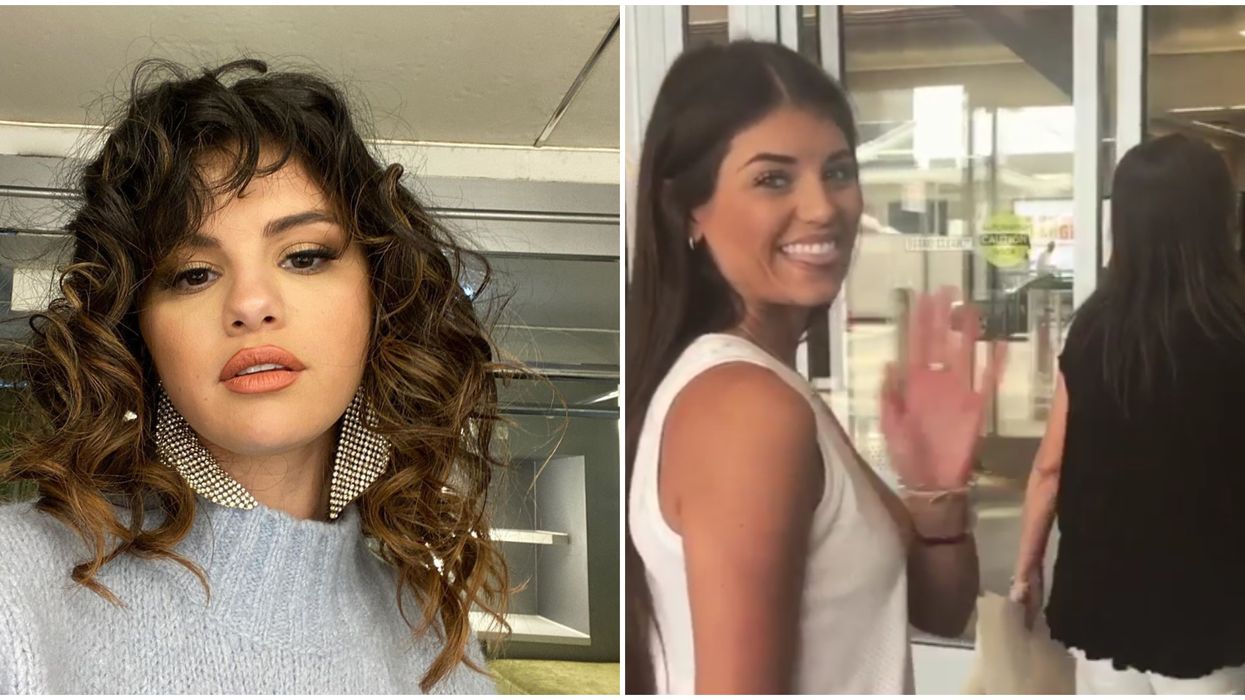 Last week, Selena Gomez went on a makeup-free Target run with a surprise guest on her Instagram stories. If you've been wondering how she became instant BFFs with The Bachelor's fan-favorite Madi, you're not alone. Here's the scoop. Madison Prewett and Selena Gomez met at church in Los Angeles a while back.

An insider told Life & Style that the two "met at Hillsong Church" in Los Angeles and "bonded over their faith and a lack of good guys in L.A."

On March 13, Gomez stepped out for a late-night Target run with three of her besties.

In her Instagram video, she told fans, "Hey, guys, I hope everyone is being safe and taking good care of yourselves. I know you’re probably tired of hearing it, but I just want to let you guys know that I’m praying and I’m thinking about everyone.”

She walked up to a brunette in a puffy jacket browsing the game section and asked, "Madi, what game do you want?"

If you were shook about her appearance, you weren't the only one. It wasn't long before fans raced to the web to post about their 'sudden' friendship.

Later in her story, the "Rare" singer also posted some fun snaps at home playing games with her friend group.

It looks like things are looking up for Madi. She seemed in good spirits in Selena's video, despite announcing her split from Peter Weber on Instagram the same day.

Despite the breakup, it doesn't appear that there's any bad blood between Madi and Peter.

He also posted about their split on his page, with nothing but good things to say about the 23-year-old reality star.

“Madi, thank you for your patience and unconditional love. You’re the epitome of a woman who carries herself with grace, stands by what she believes in and loves whole-heartedly...That love is something I feel so grateful to have felt and will take a piece of that with me always going forward.”

We're glad to see that they're both moving on and wish them well!