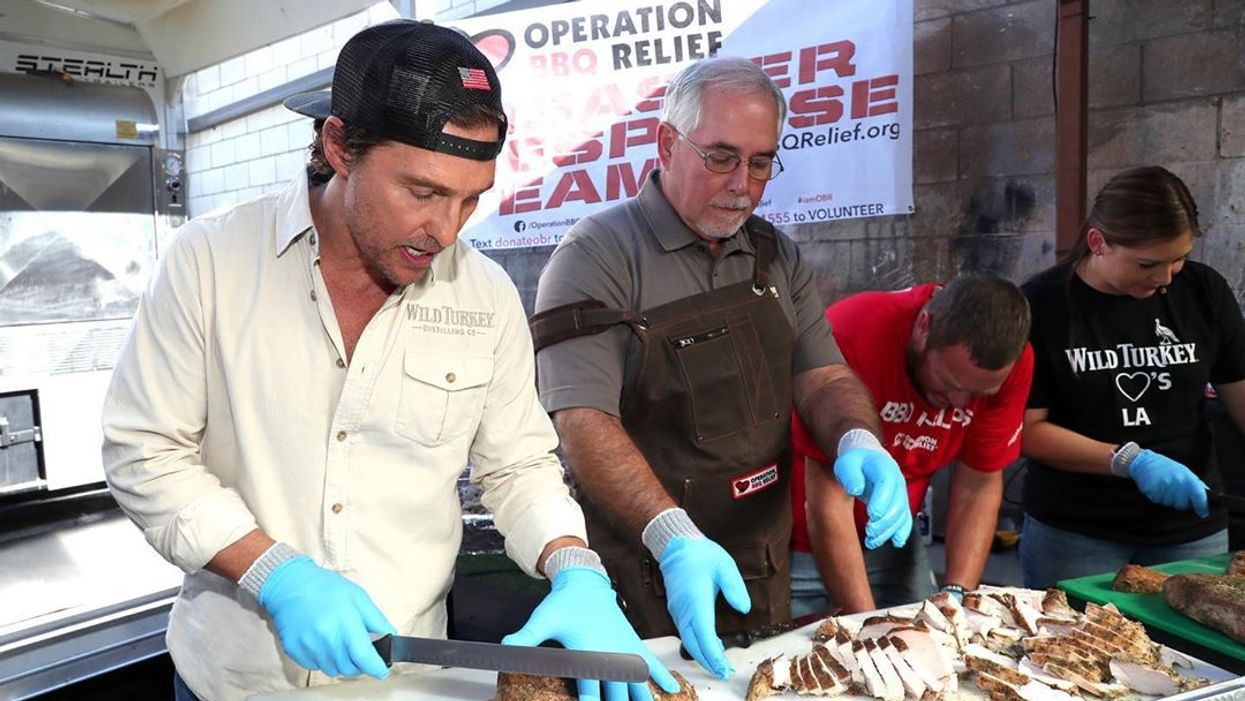 He also helped make another 800 dinners for homeless shelters throughout Los Angeles. The event was coordinated as part of Wild Turkey Bourbon’s charity campaign. McConaughey is the company’s creative director.

McConaughey issued a statement, saying “Teaming up with Operation BBQ Relief as part of the Wild Turkey ‘With Thanks’ has never been more meaningful. We are grateful to be here today to say thank you, shine a light on their unwavering conviction, and hopefully inspire others to get involved and help in their own communities.”

According to Fox 61, Wild Turkey Bourbon had originally planned to host a charitable event for the National First Responder’s Day in Los Angeles. However, the massive destruction and displacement of families from the state wildfires changed their plans.

Earlier last month, California had seen a massive power outage due to wildfire spread. The state issued a mandated order to power companies PG&E and SCE to shut off the electric power to millions of California customers. The result was chaotic.

Over thirty counties were in the dark for nearly a week. Large universities like California State University Berkeley were shut down for days.

The California wildfires are an ongoing concern during a time of high droughts and winds. We will keep you updated with any new weather information. We’re happy to see McConaughey using his influence for good.

If you want to see other articles of celebs giving back, check out this article on Colin Kaepernick feeding the homeless in Oakland, California for his 32nd birthday.