What about the feud? 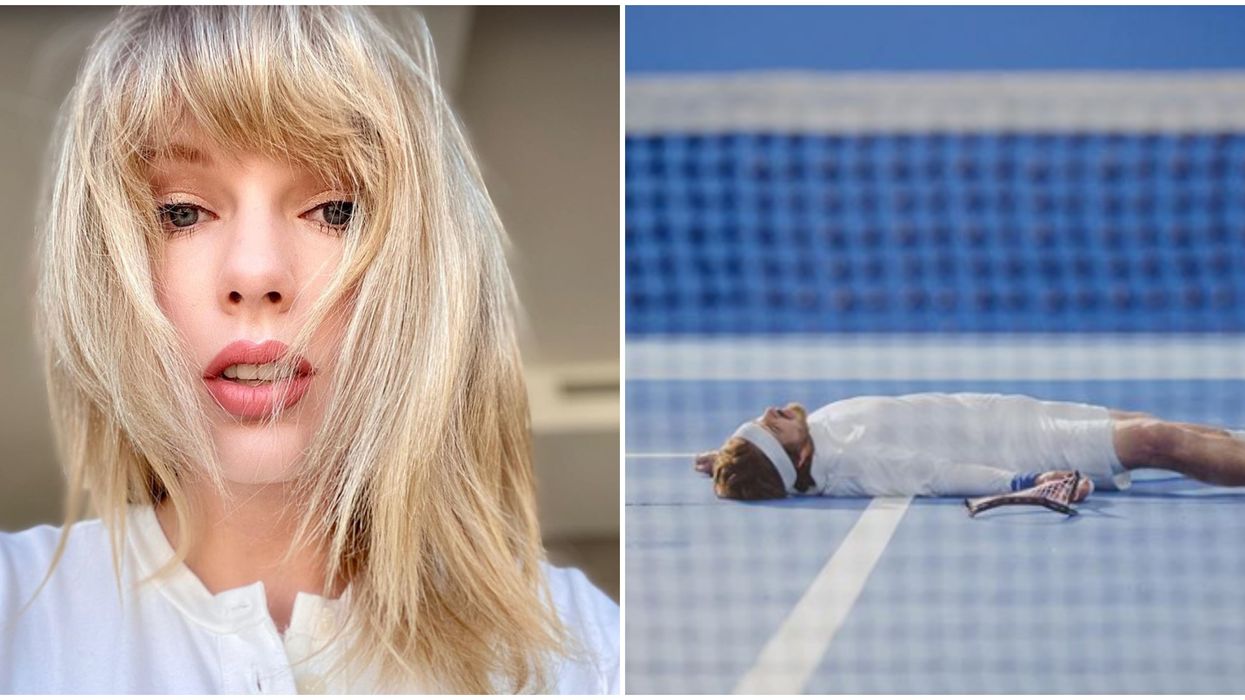 Four hours ago, T Swift dropped an all-new music video for her Lover track. While some people are baffled by her seeming lack of appearance in the video, we're focused on something a little different. Fans are convinced the Taylor Swift "The Man" music video was filmed at Kim and Kanye's Los Angeles mansion.

Swift announced the video's release on February 25 when she tweeted a cryptic photo of a long beige hallway that her stans say looks strikingly similar to the Kimye crib with bright white narrow halls.

She wrote in her post, "There are 19 hands in the hallway...but only 2 days until The Man Music Video."

But what about their iconic feud? Take a look and see for yourself.

One fan tweeted, "What is Taylor doing in Kim and Kanye's house?"

While the reasons aren't clear why Swift chose this as one of her filming locations, others had some pretty interesting theories.

Another fan noted, "Oh my gosh. @taylorswift13 at 01:36 of "the man" music video portraits Kanye's music video with the [not clothed] Taylor, hence the 19 hands hallway looks like Kim and Kanye's house. BURNNNNNNNNNNNN"

So far, Taylor has stayed quiet about the music video's details, leaving fans to guess if there are secret messages and innuendos.

Here's what we do know.

She directed the video.

For fans wondering who "The Man" really is running down the hall of hands, seeking applause, and throwing tennis court temper tantrums in the video - surprise, it's actually Taylor in disguise.