His mom joined in too. 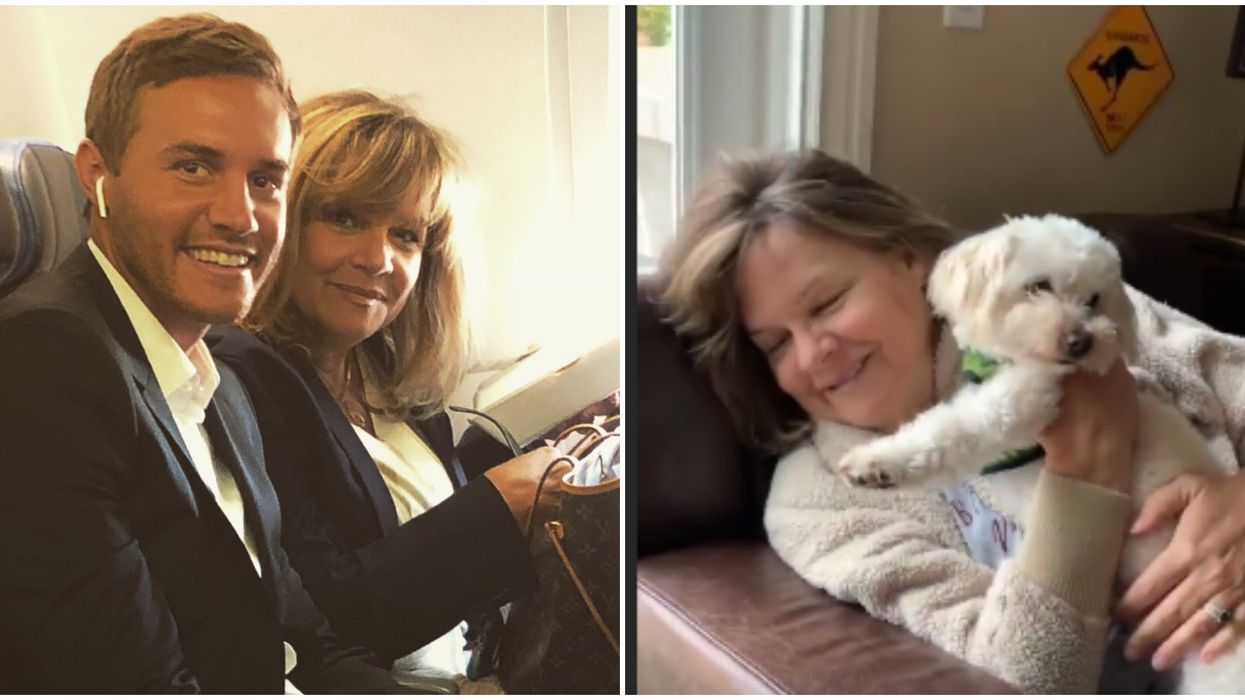 Stories have been spinning that Pilot Pete's relationship with his mom has been rocky ever since the end of the season finale. Well, the bachelor sure knows how to put the rumors to rest. Peter Weber just Instagram posted from home with Barb, laughing off the stories.

During the video, Peter read off a headline from his phone about their allegedly "strained" relationship.

He stopped to asked his dogs for a comment on that one before turning the phone around to Barb, who was lounging on the couch.

She smiled into the camera and said, "I love you."

The speculation came after Madison Prewett announced their split on Instagram this morning and gushed about their journey.

She wrote, "So incredibly thankful for this amazing journey I’ve had the honor of being a part of. I have grown so much and am stronger than I was going in. I have learned the importance of acceptance, forgiveness, and grace. As Peter and I have decided to go our separate ways, I am confident that we will both move in the direction of our purpose and never forget that God has a plan in all things. I will always love and respect him..."

It's no secret that his mom (whose expressions have become a meme) wanted her son to choose Hannah Ann Sluss.

At one point in the season, she even broke down on camera, begging her son to choose her Bachelor favorite.

After proposing to Sluss, he changed his mind and chose Prewett. And although their relationship was short-lived, Weber only had positive things to say.

"Madi and I have mutually decided to not pursue our relationship any further... we have agreed that this is what makes most sense for the two of us... The love and respect I have for Madi will continue to endure."

While their dating lives remain TBD, Madi Prewett looks like she already has a new BFF. Selena Gomez posted an IG story of her and a group of friends stocking up on games at Target. We don't know about you, but we stan this new friendship.