They're all of us. 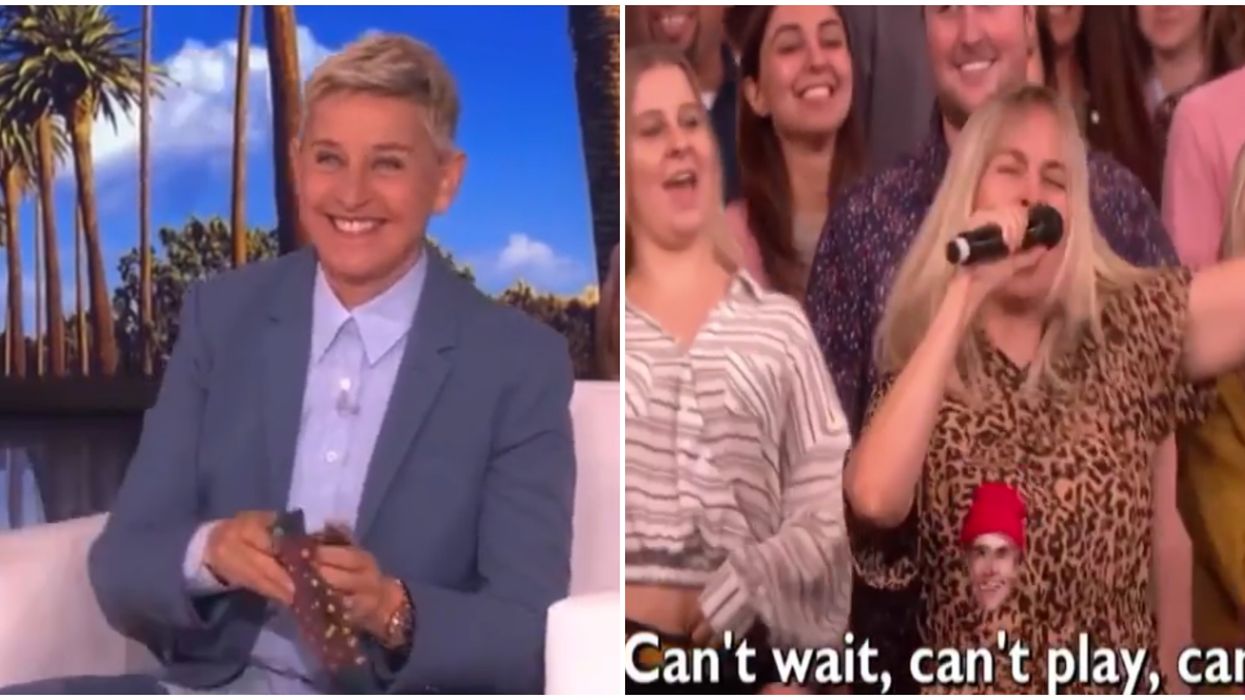 The beat is pumping, you're dancing, and ready to bust out the lyrics to your fave new song - until you realize you don't actually know any of the words. We've all been there. Today, Degeneres decided to pull out all the stops on The Ellen Show and put fans on the spot. Justin Bieber's new hit "Yummy" was the name of the game, and let's just say people completely botched the lyrics.

Thursday, Ellen posted a video of fans singing their hearts out live from the audience in Burbank, California. In her caption, she wrote, "My audience loves singing @JustinBieber music, whether they know the lyrics or not."

They all look like they're having so much fun, they don't even care that they are getting the lyrics so wrong.

It's like a giant game of telephone that kept getting more confusing.

Some audience members completely ad-libbed, just mouthing words. Another sounded like she asked not-so-subtly asked the Biebs to have her baby (you do know he's a married man, right?).

It gets even better. Just wait until you see the video yourself. We could not stop laughing.

Did you just watch it like four times over? Us too. Of course, the comment section is blowing up with likes and laughs.

Earlier this week, Ellen hosted both Demi Lovato and Justin Bieber on her show. Justin sang a heartfelt acoustic version of his new song, "Changes," and Demi opened up about her self-love journey.

If you're in the mood for more celebrity laughs, chances are, you'll love this video of Aubrey Plaza trying to dance like JLo.