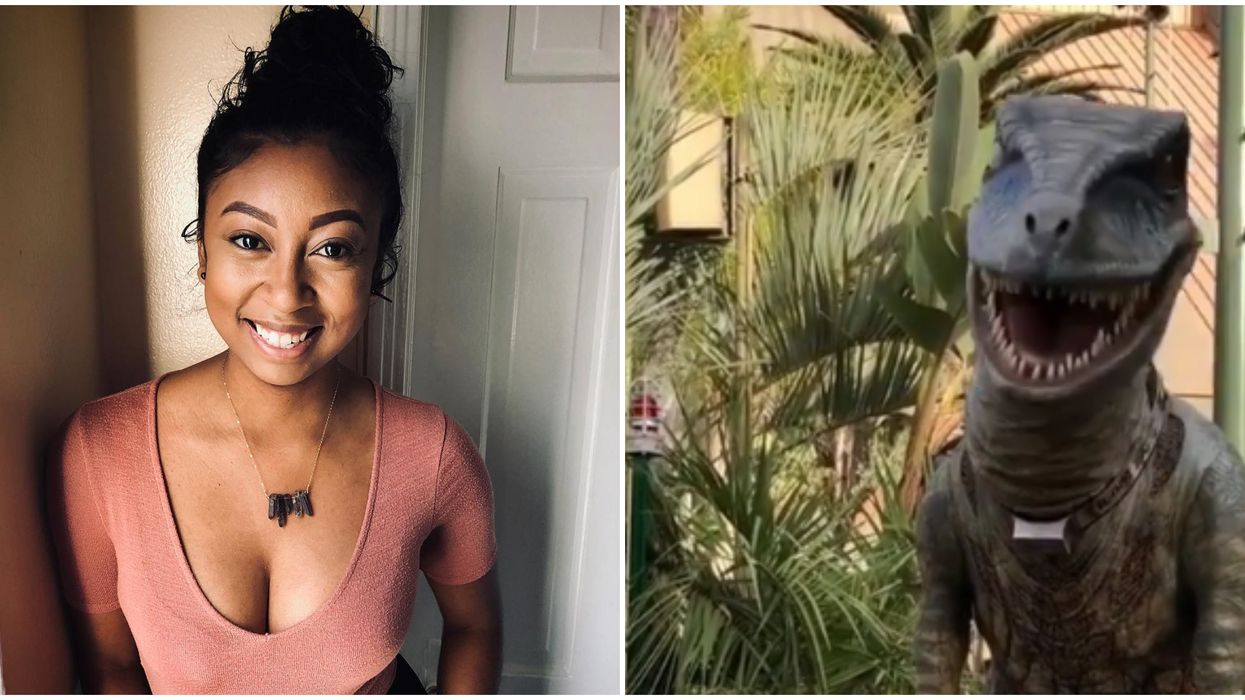 What do you get when you cross a lovestruck raptor with a beautiful princess? A love that's dino-mite. This Universal Studios raptor has a cute tradition with his girlfriend, and it's total couple's goals.

Megan Emerson filmed the first moment she saw her boyfriend all dressed up for his new job at Jurassic Park, claws and all.

"This was me seeing my boyfriend for the first time" as a raptor, she wrote on TikTok alongside a video of Sam roaring at crowds.

While she said it was "terrifying" at first, hanging out "full dino" soon became a habit for the two lovebirds.

But it wasn't the costume that caught our attention.

Every time he's in costume, Sam will search for Megan in the crowd and make a point to wave hi to her with his dinosaur arms.

"I think the video speaks volumes to our relationship. We make any effort we can to show we care even while working. If he couldn't find me, I would stand somewhere and give my version of a dinosaur wave and he'd wave back," said Emerson.

Their timeless love story has since gone viral, earning over 2.3 million views on TikTok.

Emerson told Narcity that they first met at a basketball tournament. He was playing basketball on the same team as her sister's boyfriend when sparks began flying.

You gotta love a man in a jersey.

Needless to say, they started talking shortly after — and they're seriously perfect together.

Sam started off working on the famous Mummy Ride before snagging the fun role of Jurassic Park dinosaur.

Megan works as an Assistant Preschool Director and Sam's goal is to become a stuntman at the park, and make it in Hollywood.

From the looks of things, we can only bet it was love at first sight. Here's to their happily Jurassic ever after.