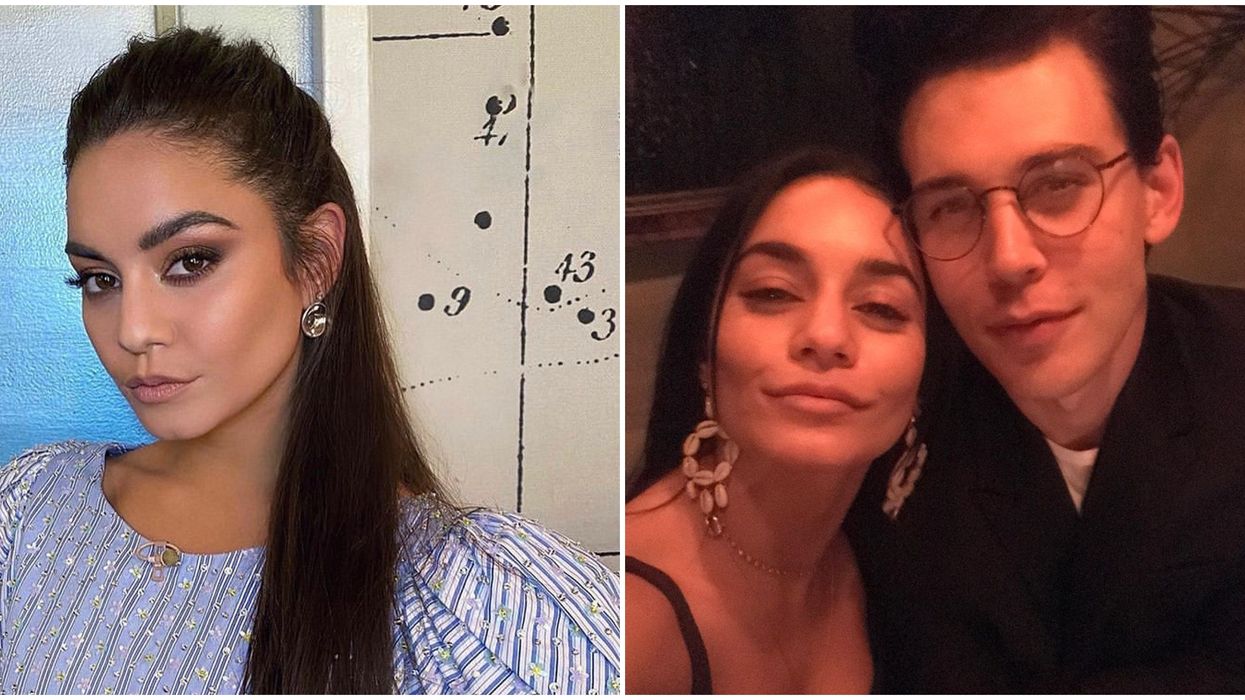 We were crushed to find out Vanessa Hudgens split from her 9-year romance with hearthrob Austin Butler. They were total couple goals! But it looks like the actress isn't wasting time getting back in the game (all pun intended) with one young Lakers Star. Vanessa Hudgens and Kyle Kuzma went on a romantic dinner date and it all happened so soon!

Some people take some time to cry it out, seek comfort from a friend, or maybe even go to some counseling post-split, but Hudgens is back out in the dating field and is looks like the Kuz is too.

Yesterday, the two were seen getting cute and cozy over a shared meal at Lilia in Brooklyn. They even shared a bottle of wine!

We can't help but notice there's also a pretty big age gap between the two. Hudgens is 31 and Kuzma is 24.

According to People Magazine, Kuz is in town with his teammates for their game against the New York Knicks tonight in Madison Square Garden.

Last week, Hudgens attended his game against the Cleveland Cavaliers and really seemed to be enjoying herself.  She posted snaps and videos from the game on Instagram, writing “Ugh @lakers @kingjames @kuz @dwighthoward my heros."

And we have to say, they look pretty adorable enjoying their meal.

But that's not all. She also left a flirty comment on a pic Kuzma posted of himself which he captioned, “Yeaaaa we like thattttt." Hudgens responded, “Ya we doooo" and needless to say, the comment section blew up.

This isn't the only time Kyle Kuzma has dated some high-profile Hollywood ladies.

Last summer, Kuzma took a fancy yacht trip with the world-famous supermodel and Kardashian clan member, Kendall Jenner. While the two certainly looked flirty to us, Jenner clapped back at rumors that we was dating her way through the NBA league.

As for Vanessa, many of us are familiar with her longtime relationship with famous actor Austin Butler. The two actually met on the set of High School Musical way back in 2005. *Awww*

For now, it's too soon to say if this dinner date is just good friends catching up or a new fling. But this hot couple certainly has our interest.